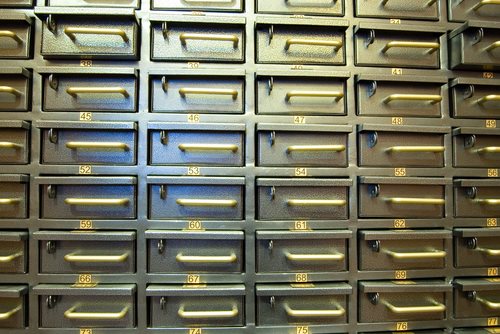 Who is Patty Hearst?

On February 4, 1974, Patty Hearst, at 19 years of age, was kidnapped from her California apartment that she shared with her fiancé Steven Weed. Patty Hearst was kidnapped by the left-wing urban guerrilla organization called the Symbionese Liberation Army. This organization kidnapped Patty Hearst because they wanted their fellow members freed from jail; when this swap attempt failed, the SLA demanded that Hearst’s family distribute $70 worth of food to every needy person in California—a demand that would cost the Hearst family around $400 million.

In response to these demands, Hearst’s father agreed to donate $6 million to the poor of the San Francisco area. Following the distribution, the SLA refused to release Patty Hearst because they deemed the food as of possessing poor quality. On April 3, 1974, Patty Hearst announced, on a video tape, that she had joined the SLA.

As a member of the SLA, Patty Hearst robbed the Sunset District branch of the Hibernia Bank in San Francisco. Following this action, a warrant was issued for the arrest of Patty Hearst. In September of 1975, Patty Hearst was arrested in a San Francisco apartment along with numerous SLA members.

In a series of jail interviews, Patty Hearst echoed the ideology of the SLA and reiterated her desire to carry-out the intended goals of the guerilla group. Various doctors and psychologists agreed that Patty Hearst was a classic victim of Stockholm syndrome; these medical professionals believed that Patty Hurst was effectively brainwashed by members of the SLA.

On January 15, 1975 the Patty Hearst trial commenced. During the trial, Hearst’s attorney claimed that patty Hearst was blindfolded, imprisoned and sexually abused. Her defense team claimed that the actions committed by patty Hearst were the result of a systematic brainwashing program. The prosecuting team, in turn, claimed that Patty Hearst’s involvement in the SLA’s bank robbery was an “act of free will.”

During the trial Patty Hearst maintained her loyalty to SLA, by refusing to give information concerning the lead members of the operation. Patty Hearst was formally convicted of bank robbery on March 20, 1975. Although she was originally sentenced to 35 years in prison, Patty Hearst’s sentence was later reduced to seven years.

Following 22 months of serving prison time, Patty Hearst was released from prison on February 1, 1979. She was later granted a full pardon by President Bill Clinton on January 20, 2001.