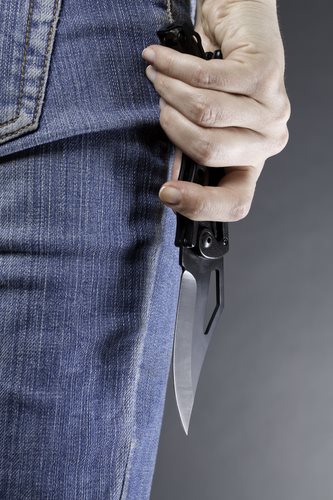 Who is Ted Bundy?

Ted Bundy, who was born as Theodore Robert Cowell, was a serial murderer who was convicted of the murder, rape, and kidnapping of his victims; Ted Bundy’s murderous spree lasted approximately 10 years from its inception until his arrest in the State of Florida. Although Ted Bundy had confessed to approximately 30 murders, reports have been issued citing Ted Bundy’s guilt in murders ranging from 26 to 115 in number.

The following outlines the life and crimes of Ted Bundy

Date of Birth: Ted Bundy was born on November 24th, 1946 in Burlington, Vermont; he executed by the State of Florida on January 24th, 1989

Residence: Ted Bundy is recorded as changing locations and residences with regard to the location of the murders that he had committed; typically, Ted Bundy would target females enrolled in local colleges and universities located in the area of his residence – his residences have included between 5 and 6 States

Year of First Killing: Due to the heinous nature of his crimes, as well as his methods of the disposal of his victims, there has never been an official determination as to the year in which Ted Bundy’s first murder had taken place; currently, 1974 is considered to be the most accurate year in which his murders began – this involved an 18 year old female student at the University of Washington on January 4th, 1974

Year of Apprehension: On February 15th, 1978, Ted Bundy was arrested in the State of Florida subsequent to him traveling in his vehicle and undergoing a traffic stop by a Florida State Trooper; upon investigating the make and model of the vehicle, Ted Bundy’s care was reported as being stolen – after a briefly resisting physical apprehension, Ted Bundy was placed under arrest

Notable Details and Personal Information: The following personal details have been considered to be contributory to the behavior and criminal actions undertaken by Ted Bundy; in addition, these case details were made mention within Ted Bundy’s criminal trial:

Prior to his execution, Ted Bundy’s lawyer had mentioned that Ted Bundy may have been responsible for an abduction offense possibly occurring in 1969; however, this was never proven

Ted Bundy’s psychological assessment performed by a court psychiatrist had attributed depression, psychotic episodes, and rage to be the primary facilitators of his crimes; Ted Bundy had expressed that his grandparents – individuals who were responsible for his caretaking – were emotionally abusive

Victims:  Ted Bundy was charged for the murder of 12 murders; however, he has been linked to as many as 115 murders

Status as a Serial Killer: Ted Bundy is classified as a serial killer due to the fact that Ted Bundy was convicted of the murder of 3 or more individuals within the duration of a single month

Nature of Victims: Ted Bundy’s victims were classified as females, who ranged in age; his primary victims were female students enrolled in local universities

Punishment and Conviction: On February 7th, 1980, Ted Bundy was sentenced to life imprisonment – as well as the death penalty – to be served in the Starke Correctional Facility, which resides in the State of Florida; he was executed by electrocution on January 24th, 1989