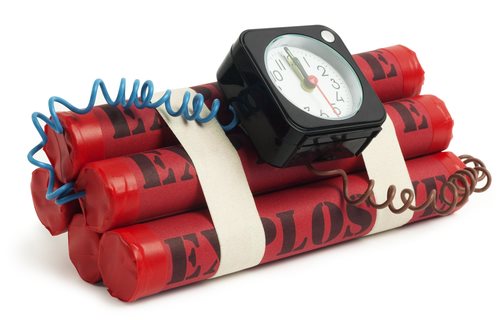 What is a Terrorist?

The act of terrorism refers to the systematic and diabolical use of terror as a means of coercion. Although there is no universally criminal law definition of terrorism, common characteristics of the act refer to the delivery of violent acts which are intended to precipitate fear on a given society. Acts of terror are typically perpetrated for a political, ideological or religious goal; terrorists deliberately target and subsequently disregard the safety of civilians. All terrorists and their underlying terrorist organizations will not align themselves with government organizations or formal government bodies.

Definitions of terrorism will always include acts of unlawful violence and war. That being said, any action that precipitates violence on a society and disrupts the harmony and general function of a particular community or sociological setting will be considered an act of terrorism.

Who is the Unabomber?

Ted Kaczinski, infamously known as the Unabomber, was an American mathematician, anarchist and drastic social critic who engaged in several acts of mail bombing.  The Unabomber inflicted carnage through mail bombs for nearly 20 years; the Unabomber’s terrorist activities took the lives of three people and injured 23 others.

Ted Kaczinski (also known as the Unabomber) was born in Chicago, Illinois where he was immediately viewed as a child prodigy due to his ability to excel academically at a young age. At the age of 16, the Unabomber was accepted into Harvard University where he eventually earned a Bachelor’s degree. The Unabomber continued his education at the University of Michigan, where Kaczinski earned a PhD in mathematics. The Unabomber, at age 25, became an assistant professor at the University of California, Berkeley, but resigned just two years later.

The Unabomber begins his reign of Terror:

After resigning from his post at Berkeley, the Unabomber moved to a remote cabin in Montana, which lacked running water and electricity. While removed from society, Kaczinski started a bombing campaign after watching the land and wilderness being destroyed by development companies. From 1978 to 1995, the Unabomber sent 16 bombs to various targets, including airline companies and Universities.

The Unabomber’s efforts, which killed three people and injured 23 others, prompted Kaczinski to send a letter to the New York Times on April 24, 1995. The letter was in a sense a negotiation, for the Unabomber promised to “desist from terrorism” if the Times or the Washington Post published his anti-government manifesto. In this manifesto, the Unabomber claimed that his killings and bombings were extreme but essential to attach attention to the destruction of human freedom that is widely precipitated by the modernization of technology.

The Federal Bureau of Investigation conducted a costly investigation and labeled Kaczinski (before his identity was known) as the “UNABOM” (University and Airline Bomber). Despite the FBI’s widespread investigation efforts, the Unabomber was not initially located. The Unabomber; however, was eventually found when Kaczynski’s brother and his brother’s wife recognized Kaczynski’s writing style and beliefs latent in the manifesto. Through this observance, the Unabomber’s family members tipped off the FBI.

The Unabomber’s Trial and Sentence:

Once located and subsequently caught, the Unabomber’s lawyers, who were court appointed, were eventually dismissed when Kaczynski opted to defend himself. The court eventually entered a plea, where the Unabomber was sentenced to life in prison without the possibility of parole. The Unabomber was officially designated a “domestic terrorist” by the Federal Bureau of Investigation.