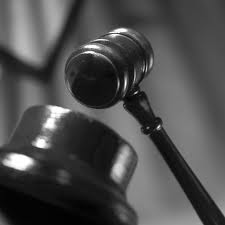 What is Case Law?

Case law refers to the body of available writings that explain and elucidate upon the verdicts of particular cases. Case law is typically created and developed by judges who deliver these particular rulings; case law is driven when judges write their decisions and give the reasoning behind their verdicts. Included in these verdicts or decisions are precedents that are based off other cases and statutes that had an impact or bearing on their particular decisions.

A single case may generate a dearth or virtually no written opinions or interpretations; however, other cases, such as those that are heard before the Supreme Court, may yield a number of opinions or interpretations as the case’s subject matter will invariable make their way through various lower-circuit courts. This assortment of collected opinions may be referred to in a future case by other judges when they themselves offer their rulings on similar cases; this relationship that is derived through case law, enables the law to remain relatively consistent.

What Court Systems use Case Law?

The majority of state trial courts—for example the California Circuit Court—will not publish opinions. As a result of this function, many state courts do not contribute or add to the body of case law. Furthermore, Federal trial courts—such as the United States District Court—will also not publish opinions that would otherwise be added to case law. The majority of published opinions found in case law, which are made available online and in print form, typically come from both the federal higher courts and the local state courts.

Official government agencies will publish both the court decisions found in the state’s higher courts and those matters heard in the Federal Supreme Court, whereas the opinions of the aforementioned courts, those legal systems that do not publish opinions to the public, will have their decisions published by various private agencies throughout the United States.

In the majority of regions throughout the world, Case law is commonly referred to as ‘common law’. This terminology derives from the fact that, while forms of legislation are typically passed by a distinct government branch, the court system is able to exercise authority through the use of precedent and case law. As a result of this authority, case law is viewed as a crucial function of the judiciary body of government, for the study enables the court system to transform decisions to arrive into a sort of de facto law, which may be subsequently used to facilitate decisions made in future cases.

In some instances, a judge may intentionally refute established case law as a means to re-examine a precedent to ultimately change it. This situation typically arises when precedents in case law are viewed, by the judge, as outdated or irrelevant in the contemporary society. When a judge issues a decision that he or she knows will be appealed, the judge will effectively push the case into higher courts where the established precedents may be overturned in favor of a re-evaluation or a new outlook.