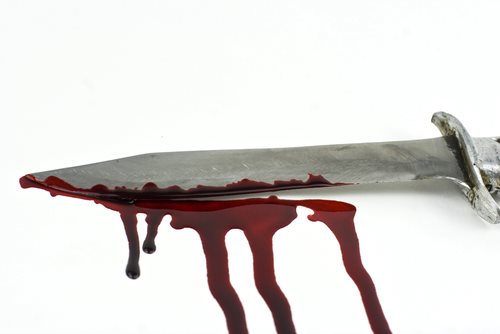 Who is Lizzie Borden?

Lizzie Borden was born in 1860 to an upper-class family in Fall River, Massachusetts. Lizzie Borden was a New England spinster who is infamous for her alleged role in a savage murder. Lizzie Borden, whose mother died when she was a youth, was extremely fond of her successful father who raised her with unconditional love.

On August 4th, 1892, Andrew Borden (Lizzie’s father) returned home at around 10:45 a.m. after running his routine errands around tine. Around 11:15 a.m. Lizzie Borden discovered her father’s body savagely disfigured on the family couch.

Shortly after discovering her father’s corpse, Bridget Sullivan—the Borden’s twenty-six year old maid—discovered the dead body of Abby Borden (Lizzie’s Stepmom) in the guest bedroom. Both Andrew and Abby were killed by crushing blows to their skulls from a hatchet—Andrew Borden’s body was massacred in such a way that the incident was described as “the crime of the century.” The murders remain famous to this day because of the lack of evidence, the inconsistencies during trial, the savageness of the slayings, and the media coverage surrounding the trial.

Motives and Methods Surrounding the Murders:

The two Borden sisters grew frustrated with their father when he decided to create a will that would effectively divide the family’s assets and valuable properties among relatives. Lizzie Borden’s stepmother, whom both girls despised, was the primary beneficiary of this will. As a result of his financial success and cold demeanor, Andrew Borden was disliked around town.

Shortly before the murders took place, the entire Borden household became violently ill. Due to his unpopularity, Abby Borden believed that citizens of Fall River were attempting to poison Andrew and the Borden family. Although this seemed somewhat logical, autopsies and samplings of the family’s food revealed now traces of toxins or poisonous materials.

Lizzie Borden was arrested and sentenced to jail on August 11, 1982. During a police investigation of the Borden household, the police found the murder weapon (a hatchet) in the family’s basement. Although no blood-soaked clothing was found at the scene, Lizzie Borden tore apart and burned a dress in the family’s kitchen stove—Borden claimed she burnt the dress because she had brushed up against fresh baseboard paint. As a result of inconclusive links to Borden, the young woman was originally acquitted from the charges.

After the trial, Emma and Lizzie Borden moved to a new home in Fall River. The girls gave Abby’s family everything they wanted to avoid further lawsuits. The two sisters eventually grew apart due to changes in lifestyle. Following a surgical procedure, Lizzie fell ill and eventually died of pneumonia on June 1, 1927. The Lizzie Borden murder case still remains a mystery. As a result of the gruesomeness and overall ambiguity enshrouding the case, several theories have arisen to elucidate upon the guilty party. One such theory pins the murders on Sullivan, while others claim that Lizzie Borden indeed was the killer.