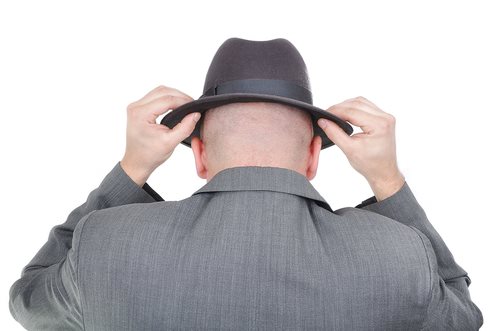 Who is Robert Hanssen?

Robert Hanssen is a former FBI agent who engaged in espionage for the Soviet and Russian intelligent services from 1979 to 2001. As a result of his engagement in espionage and conspiracy charges, Robert Hanssen is currently serving a life sentence at the Federal Bureau of Prisons Administrative Maximum Facility prison in Florence, Colorado. This particular facility is regarded as a “Super Maximum” penitentiary and is home to individuals who have committed the egregious and serious felony offenses in or against the United States of America. Robert Hanssen, for his longtime involvement in spying against the United States, currently spends 23 hours a day in solitary confinement.

Robert Hanssen was arrested on February 18 of 2001 in Vienna, Virginia and was subsequently charged with selling American secrets and confidential information to Russia for more than $1.4 million in cash and diamonds over a 22 year period. On July 6, 2001 Robert Hanssen pleaded guilty to 13 counts of espionage in the United States District Court for the Eastern District of Virginia; Robert Hanssen, upon his admission, was then sentenced to life in prison without the possibility of parole. For his role as a conspirator, Robert Hanssen’s activities are typically described as the worst intelligence disaster in the history of the United States.

Robert Hanssen joined the FBI as a special agent on January 12th, 1974 where he was transferred to the field office in Gary, Indiana. In the following years, Robert Hansen was transferred to counter-intelligence and was responsible for compiling a database of Soviet Intelligence that was to be given to the FBI. During this function, Robert Hanssen began his career as a Soviet/Russian spy.

Robert Hanssen, still unnoticed by the FBI, was eventually transferred to the FBI’s budget office. This new role gave Hanssen access to all kinds of financial information involving an assortment of FBI activities, including all activities related to wiretapping and electronic surveillance. Hansen continued to work with the Soviet government and the KGB to extract undercover agents, notify traitors and deliver information concerning confidential FBI activities.

Although Robert Hanssen never revealed his identity and refused to meet with the Russian Military Agency and KGB, two moles that were employed within the FBI to sniff out the funneling of information, eventually pinpointed Robert Hanssen as the spy. Robert Hanssen was able to continue working as a spy because he was described as “diabolically brilliant” by his superiors within the FBI. Hanssen always refused to use the dead drop sites with his handler and often designated a code to be used when dates or information was exchanged. Although his efforts were delivered with extreme caution, Hanssen was eventually caught by the moles.

Hanssen, when arrested and subsequently charged, negotiated a please bargain that enabled him to escape a death sentence—the plea required that Hanssen cooperate with authorities and reveal all information that was leaked.