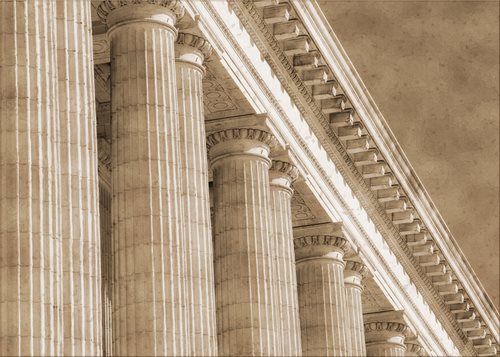 The Background of Massachusetts v. EPA (2006)

The State of Massachusetts, in conjunction with a variety of other States, petitioned the Environmental Protection Agency (EPA) – the federal department responsible for the regulation of domestic activities affecting the stasis of the environment, which are expressed and regulated within the statutes of Environmental Law – to regulate the emissions of greenhouse gases within individual States. However, the EPA maintained that Greenhouse gasses were not deemed to be ecological matters under their respective jurisdiction.

Greenhouse Gasses are defined as gaseous substances that are released on the surface of the Earth whose chemical makeup causes them to rise into the atmosphere; however, upon their integration into the atmosphere, greenhouse gasses do not dissolve – conversely, they serve as an ad-hoc shield preventing heat from effectively escaping from the Earth’s surface, which results in an unnatural alteration of climate and temperature:

The following is a case profile of the legal trial eponymously titled ‘Massachusetts v. EPA’:

Accused Criminal Activity: The following criminal activity and charges were cited by citizen petitioners – via the State of Massachusetts against the Environmental Protection Agency (EPA) within the appeal brought forth subsequent to the initial ruling:

The State of Massachusetts mandated that the EPA was in direct violation of the precepts latent within Environmental Law, which is comprised of statues expressing the regulatory procedures with regard to the mitigation of pollution and the organization of federal measures undertaken in order to protect the collective human health within the United States upon the denial to regulate Greenhouse gasses

Legal Venue of Massachusetts v. EPA: The Supreme Court of the United States

Involved Parties: The following are the parties named with regard to their involvement in the Massachusetts v. EPA case:

Verdict Delivered: The Supreme Court ruled in favor of the State of Massachusetts, explaining that in lieu of the development of the science of ecology, which at times allowed for difficulty classifying circumstances and events, Greenhouse Gases were determined to be corollary to the assessment of ecological damage or proliferation resulting from their release and respective existence within the atmosphere

The 14th Amendment illustrates legislation that disallows the government from infringing on the right(s) to pursue ‘Life, Liberty, and the Pursuit of Happiness’ with regard to any and all citizens of the United States of America – this statute is applicable to all measures of gender, race, religion, and age. If you need legal advice and assistance, contact Massachusetts lawyers.

The Case Profile of Sirhan Sirhan