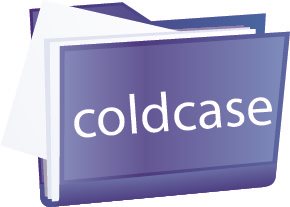 What is a Cold Case?

A cold case refers to a tangible crime scene or scene of an accident that has yet to be solved to the fullest extent. The predominant characteristic of a cold case is that the matter revolving around the crime scene has remained pending or unsolved to the point that it no longer maintains the subject of a recent criminal investigation.

As a result of this prolonged unsolved status, no new information can be obtained through criminal investigation; the only new information that could emerge in a cold case would come from a new witness testimony, the re-evaluation of material evidence, the re-examination of archives, and any fresh activities of the suspect, meaning repeated murders or repeated offenses that are aligned with the original criminal matter. In addition, new technical methods that were developed after the case may be used on the surviving evidence to re-evaluate the causes in the pending cold case.

Characteristics of a Cold Case:

In most instances, a cold case will typically involve major felony crimes or violent behavior, such as rape or murder. Dissimilar to the majority of unsolved minor crimes, a cold case—due to its violent subject matter—is typically not subjected to a statute of limitations. Aside from violent crimes, a disappearance or missing person may also be considered cold cases if the victim has not been seen or heard from for a certain amount of time, such as the case of Natalee Holloway or other infamous missing person cases.

Some cases become labeled as a cold case when a seemingly solved case is re-opened due to the presence or discovery of new evidence which firmly points away from the original suspects. This situation happens surprisingly often and most often occurs as a result of a miscarriage of justice. Other cold cases will occur when the crime, in question is discovered after the incident took place—this situation typically arises when investigators discover human remains.

What makes a Case go cold?

A case is considered pending, unsolved or col until a suspect has been identified, charged and subsequently tried for the crime in question. A case (typically criminal) that goes to trial and does not result in a conviction can also be evaluated as a cold case and kept on the books pending the delivery of new evidence. Typically, a case is not solved but forensics or DNA evidence will help determine if the crime and suspect involved in the crime acts in a serial nature.

Sometimes a viable suspect may be overlooked or simply ignored due to unsubstantial evidence, the presence of a copycat or likelier suspect, or a tendency of investigators to zero in on another suspect while excluding all other possibilities.

A cold case will be re-evaluated through the presence of several factors such as: new forensic evidence, a fresh look at old evidence or the delivery of new circumstantial evidence. Other factors will include: new witnesses coming forward with novel information, new suspects who were previously overlooked or the presence of alibi witnesses who may affirm or recant their original stories.