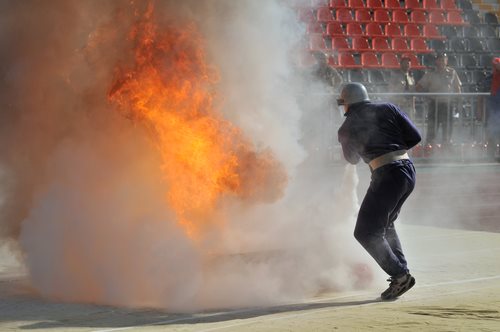 What is the Mississippi Burning Case?

The Mississippi burning case refers to a series of murders that were racially charged during the civil rights movement. During 1964, a civil rights movement, called Freedom Summer, was launched to get African Americans in the southern United States registered to vote. Thousands of students and activists joined the organization to help register black register voters. This atmosphere, ultimately led to the Mississippi burning case was three civil rights workers were killed by members of the Ku Klux Klan.

The activities and success of the civil rights movement enraged in an area of Mississippi where the Ku Klux Klan was prominent. Michael Schwerner, a 24-year old Jewish man from Brooklyn and 21-year old James Chaney from Mississippi, were loyal members of the Freedom Summer organization; both men worked in and around Neshoba County to register blacks to vote. In addition to registering black voters, the two men organized several black boycotts of various white-owned businesses throughout Meriden, Mississippi.

The Klan was extremely active in Mississippi during the 1960s; many of the members were legitimate business owners, law enforcement agents and prominent men in their respective communities. Sam Bowers, who was the Imperial Wizard of the Ku Klux Klan during this time, grew an intense hatred for Schwerner.

The Ku Klux Klan initiated a plan (known as Plan 4) to kill Schwerner. On June 16, the Klan learned that Schwerner had a meeting with member at the Mount Zion Church in Longdale, Mississippi. At 10 p.m. as many members of the church left the meeting, they were met by 30 Ku Klux Klan members, each wielding a shotgun.

The Klan was misinformed to Schwerner’s whereabouts for he was actually in Oxford, Mississippi. Frustrated by the lack of Schwerner’s presence, the Klan decided to beat many of the church’s member and burn the structure to the ground. Hearing of the news, James Chaney, Andrew Goodman, and Scwerner decided to return to Longdale, Mississippi to investigate the chaos.

While on their way to Longdale, the three men were stopped by Klan member and Deputy Sheriff, Cecil Price. The driver of the car, James Chaney, was a prominent black activist in the area and hated by the Klan. Price pulled the car over, arrested and jailed the three young men for being under suspicion of setting the church on fire.

When the 3 activists went missing, the community sparked an uproar, which eventually gained national attention. Learning of the disappearances, President Lyndon B. Johnson urged J. Edgar Hoover to investigate the case.

Through the investigation, the FBI learned that the 3 men were shot and killed and buried on a 253-acre farm that possessed a dam site.

The FBI arrested 19 Ku Klux members that were believed to be involved in the Mississippi burning case. Within a week of the arrest, a federal grand jury in Jackson, Mississippi upheld the indictments; however, Federal Judge William Harold Cox (a die-hard segregationist) said that only two men acted under the color of state law and he threw out the other 17 indictments.