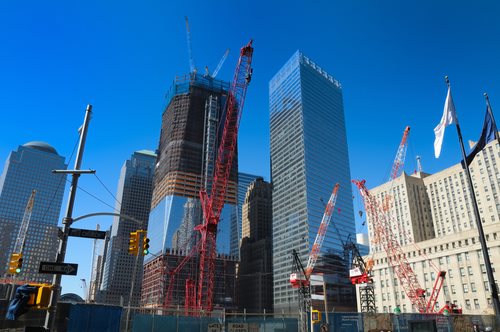 What is an Act of Terror?

An act of terrorism refers to a systematic and diabolical use of terror as a means of coercion. Granted, there is no universally criminal law definition of terrorism; however, common characteristics of a terrorist act will incorporate the institution or delivery of violent acts, which are intended to precipitate fear on a given society or nation. A terrorist act is typically carried out for a political, ideological or religious goal; terrorists deliberately target and subsequently perpetuate violence without regard as to the safety of civilians in hopes of forcefully instilling an ideological principle.

Definitions of terrorism will always include acts of unlawful violence and war. That being said, any action that precipitates violence on a society and disrupts the harmony and general function of a sociological setting will be considered an act of terrorism.

Who Planned the World Trade Center Bombing of 1993?

The World Trade Center Bombing of 1993 was precipitated by three principle demands, laid out by the terrorists to local newspapers before the attack. Yousef, who mailed various letters to New York newspapers, stating that the United States must cut-off aid to Israel, put an end to the United States’ diplomatic relations Israel, and end all interference with any Middle Eastern affairs. Yousef, in these letters, stated that the World Trade Center bombing would merely be the first act of terrorism if his demands were not met. Furthermore, Yousef admitted that the World Trade Center bombing was a direct act of terrorism, but it was a justified action, because “the terrorism that Israel practices and America supports must be faced with a similar one.”

Following the World Trade Center Bombing, numerous agents and technicians of the ATF, FBI and NYPD quickly responded on the scene. In the days following the World Trade Center Bombing, investigators combed through the rubble in the underground parking lot where they ultimately located a piece of the bomb’s transport vehicle. A vehicle identification number was eventually obtained, which led them to investigate where the rental truck came from. Investigators determined that the vehicle was rented by Mohammad Salameh—one of Yousef’s chief conspirators.

Salameh’s eventual arrest led police to the apartment of Abdul Rahman Yasin; Yasin was eventually taken to FBI headquarters; however, he was released and escaped the following day back to Iraq—Yasin remains on the FBI’s Most Wanted Terrorist list.

In March of 1994, four men (Abouhalima, Ajaj, Salameh and Ayyad) were convicted of carrying out the World Trade Center Bombing of 1993. The charges included: conspiracy, the explosive destruction of property and interstate transportation of explosives. In November 1997, Yousef and Eyad ismoil, were formally convicted for their role in the World Trade Center Bombing of 1993.