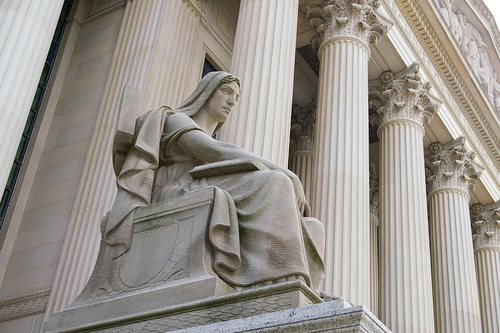 The Marbury v. Madison Brief is a legal brief that depicts the events and circumstances surrounding the eponymous court case considered to be amongst the first of many landmark Supreme Court Cases. The Marbury v. Madison Brief involved a dispute that took place with regard to the appointment process of the Justice of Peace position taking place during the transition of presidential terms undertaken within the Executive Branch of the United States of America; the Marbury v. Madison Brief cited judicial review with regard to the appointments of office mandated by John Adams at the time of the termination of his presidency; these events existed in tandem with President Elect Thomas Jefferson’s refusal to recognize the former president’s mandates.

The following is a case profile of the legal trial eponymously titled ‘Marbury v. Madison Brief’:

Date of the Trial: The Marbury v. Madison Brief began on February 11th, 1803

Date of the Delivery of the Verdict: A verdict with regard to the Marbury v. Madison Brief was delivered on February 24th, 1803

Involved Parties: The following are the parties named with regard to their involvement in the Marbury v. Madison Brief case:

Plaintiff William Marshall was the appointee to the position of Justice of the Peace; subsequent to his appointment and the termination of Adam’s presidency, President Elect Thomas Jefferson and Secretary of State James Madison refused to finalize Marshall’s commission process – this resulted in the Marshall’s inability to assume his previously appointed position

Defendant James Madison was appointed as the Secretary of State in conjunction to the cabinet of President Elect Thomas Jefferson; in order to stifle Adams’ attempt to fill the cabinet with Federalists, James Madison was instructed to reject the commission of William Marshall as Justice of the Peace – commissions could only be approved while the appointing President remained in office

Article III of the United States Constitution prevented the Judicial Branch from forcing the action of another branch of the Federal Government; as a result, Jefferson was not only constitutionally permitted to deny William Marshall’s appointment, but in accordance to this ruling, William Marshall was never appointed as a Justice of the Peace