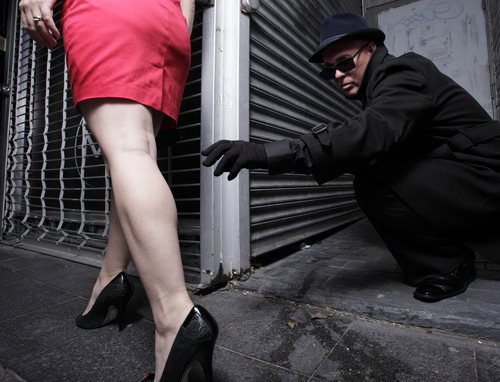 Who is Richard Ramirez?

Richard Ramirez, during his youth, was a satanic worshipper and a habitual drug user. When Ramirez turned 12 he became infatuated with his cousin, Mike, who was a Vietnam veteran and ex-Green Beret. While home deployment, Mike commonly shared gruesome war pictures with Ramirez that portrayed savage images of human torture, rape and murder. Overtime, Richard Ramirez became fascinated with this pictorial brutality.

Richard Ramirez, during this time, would often smoke marijuana with his cousin while talking about the war and the savageness that took place in Vietnam. One day, in retaliation to complaints made by his wife that he was lazy, Mike (Richard Ramirez’s) cousin shot his wife in the face with Richard Ramirez standing just a few feet away. As a result of his veteran status, Mike was sentenced to only seven years in prison for the savage killing.

By the time Richard Ramirez reached 18, he was a habitual drug user and Satan worshipper. While addicted to drugs, Richard Ramirez toiled in petty crimes that eventually grew more severe in nature; in the beginning of his menacing run, Richard Ramirez was arrested on numerous drug and theft charges.

After being arrested for the aforementioned crimes, Richard Ramirez upon being released, eventually moved to Southern California, where he advanced to armed robbery and breaking into homes. When Richard Ramirez became a proficient criminal, he began to linger in the homes of his victims.

On June 28, 1984, Richard Ramirez entered through an opened window of Jennie Vincow (aged 79). After finding nothing of value to steal, Richard Ramirez grew incredibly angry and decided to murder Vincow while she was sleeping. This heinous act aroused Richard Ramirez to the point where Ramirez would begin partaking in sexual activities with his victim’s corpses.

After remaining quiet for eight months, Richard Ramirez assaulted 22-year-old Angela Barrio outside of her condo; after injuring barrio, he entered the girl’s condo where he killed Dayle Okazaki (Barrio’s roommate). Within an hour of the murder, Ramirez murdered Tsai-Lian Yu in Monterey Park, by dragging the women out of her car and shooting her; three days later Richard Ramirezz murdered an eight-year-old girl and numerous throughout the mid-1980s.

The savageness intensified with each victim as Richard Ramirez began partaking in post-mortem mutilations. Richard Ramirez grew a disgusting satisfaction for his crimes and eventually started leaving pentagrams alongside his victim’s bodies.

On August 24, 1985 Richard Ramirez travelled south of Los Angeles, where he broke into the home of Bill Cards and fiancée, Inez Erickson. Ramirez shot Carns in the head and raped Erickson. Ramirez then tied up Erickson and left the apartment. While struggling, Erickson gained enough strength to peek out her window where she saw Ramirez leaving. Upon driving away, an observant teenager wrote down the license plate number of Ramirez’s car after noticing it cruising suspiciously throughout the neighborhood. The information was sent to the Police who later located the abandoned car and collected fingerprints from inside. A computer match was then made of the prints and the identification of Richard Ramirez, the night stalker, became known.

Unaware that his picture was made public, Ramirez was positively identified after entering a Los Angeles liquor store. When word spread the Ramirez was nearby, a mob formed and began chasing Ramirez with steel pipes and rods. When the mob caught up with Ramirez, they subdued him until police arrived.

Due to countless appeals on the part of Ramirez’s defense, the trial lasted an exhausting four years. On September 20, 1989, Richard Ramirez was found guilty of 43 counts, including 13 murders and charges revolving around sodomy, burglary and rape. Currently, as stated before, Richard Ramirez waits on the death row, until he runs out of appeals.