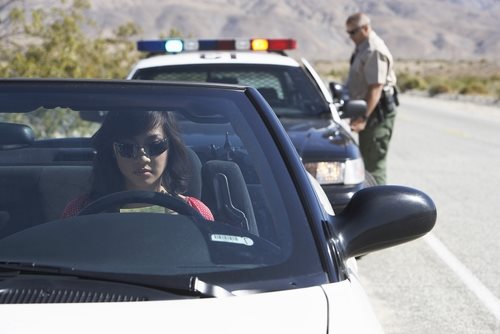 Rodney Joseph Gant was arrested as a result of driving with a suspended license; he had parked his vehicle and was arrested while on the property of an acquaintance. Shortly after Gant was detained in a police vehicle, the Arizona Police enacted a search of his vehicle in which they discovered cocaine and a firearm; as a result of this search, Gant was not only charged with the operation of a motor vehicle without a license, but also with the possession of a firearm, the possession of cocaine, and the intent to distribute cocaine. Subsequent to his arrest, Gant cited the Arizona Police with undertaking an illegal search and seizure lacking probable cause – a violation of his 4th Amendment Rights.

New York v. Belton (1981) mandated an ideology with regard to the required protocol within an arrest process rooted within an ‘If Arrest, Then Search’ approach with regard to any or all compartments of the vehicle deemed to exist on the ‘passenger’s side’; in accordance to this ruling, the Arizona Police enacted their search of Gant’s vehicle

The following is a case profile of the legal trial eponymously titled ‘Arizona v. Gant’:

Accused Criminal Activity: The following criminal activity and charges were cited by the State of Arizona against Rodney Joseph Gant within the appeal brought forth subsequent to the initial ruling:

Gant maintained that the Arizona Police performed an illegal search of his property resulting from the absence of a search warrant; a search warrant is the expressed, legal permission for applicable – and approved – law enforcement agents to enter the personal, private property belonging to an individual with the intention of placing that individual under arrest

Gant maintained that the Arizona Police had acted in lieu of probable cause, defined as the legal instrument in which a law enforcement agent retains the right to search personal, private property belonging to an individual

Legal Venue of Arizona v. Gant: The Supreme Court of the United States

Involved Parties: The following are the parties named with regard to their involvement in the Arizona v. Gant case:

Verdict Delivered: The Supreme Court ruled in favor of Gant stating that the police searches are only viewed as constitutional in the event that they result from sufficient probable cause with regard to evidence latent existing in conjunction with the reasoning for the search. Due to the fact that the Supreme Court ruled that the police lacked sufficient evidence to suspect that Gant would be in violation of anything outside of the illegal operation of a motor vehicle, they overturned his conviction with regard to both the firearm and drug charges.

In the event that an individual is arrested, criminal law protocol within the United States maintains the innocence of that individual unless they are found guilty within a court of law or they have admitted guilt on their own accord