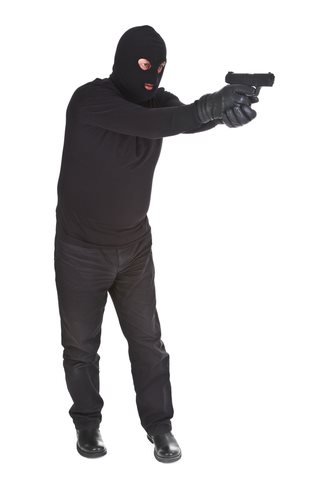 Terrance Jamar Graham and several other individuals committed the robbery – and rape during the robbery – when they were below the age of 18; the age at which an individual is regarded as a legal adult. As a result of their respective convictions, Graham was sentenced to be executed by the State of Florida. However, Graham appealed his sentencing citing that due to the fact that the crime committed did not involve murder – in addition to the fact that at the time of the crime, he was classified as a minor – capital punishment could be construed as cruel and unusual punishment:

‘A life sentence without the chance of parole, which is also known as a ‘Natural Life Sentence’, is punitive legal recourse enabling State and Federal Governments to punish an individual with incarceration resulting in their respective – and ultimate – death taking place while incarcerated

Minor Law – involving the classification of a minor –defines that individual as one who is below the age of legal adulthood; typically, minors are prohibited from consenting to sexual activity, purchasing controlled substances, authorizing a legal contract through signature, partaking in the consumption of controlled substances, validating participation in an activity or event that requires the presence of a legal guardian, and representing themselves in a court of law

The following is a case profile of the legal trial eponymously titled ‘Graham v. Florida’:

Legal Classification: Administrative Law; this legal field associated with events and circumstances in which the Federal Government of the United States engages its citizens, including the administration of government programs, the creation of agencies, and the establishment of a legal, regulatory federal standard:

Accused Criminal Activity: The following criminal activity and charges were cited by Terrance Jamar Graham against the State of Florida within the appeal brought forth subsequent to the initial ruling:

Graham maintained that the execution resulting from a crime not involving murder was a violation of his 8th Amendment Rights, protecting him from cruel and unusual punishment

Legal Venue of Graham v. Florida: The Supreme Court of the United States

Involved Parties: The following are the parties named with regard to their involvement in the Graham v. Florida case:

Verdict Delivered: The Supreme Court overturned the sentencing of Graham, sparing him from execution. The ruling was explained that the sentencing of an individual with what results in a ‘Natural Life’ sentence for crimes committed prior to the age of 18 – and not involving murder – is indeed a violation of the 8th Amendment