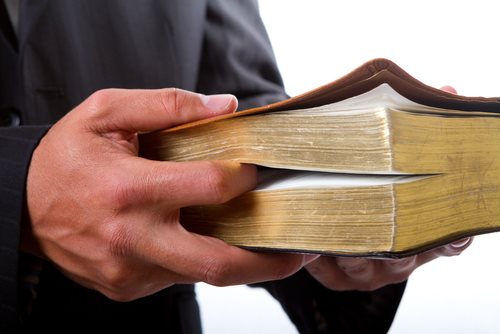 During the initial trial, which was heard in federal district court, the court ruled in Schempp’s favor and struck down the Pennsylvania law because it violated the First and Fourteenth Amendment to the United States Constitution. The school district appealed the ruling and the legislature of the state amended the state law to allow children to be excused from the exercises upon the delivery of a written request.

Due to the change in the state’s law, the United States Supreme Court responded to the district’s appeal by vacating the first ruling and remanded the case back to the district courts. The district court, subsequent to this remanding, favored once again for Schempp. The School district then appealed again, and, on appeal, the case was agglomerated with a similar Maryland case initiated by Madalyn Murray.

Date of the Trial: Abington School District v. Schmepp was argued in the United States Supreme Court on February 27-28 of 1963.

Date of the Delivery of the Verdict: Abington School District v. Schempp was decided on June 17, 1963

Verdict Delivered: The Supreme Court, in unanimous fashion, declared that organized and sanctioned Bible readings in public schools (in the United States) are unconstitutional.