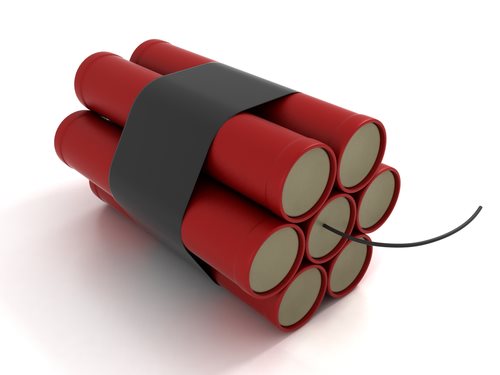 What is a Terrorist?

A terrorist refers to an individual or organization that inflicts terror in a systematic and deliberate way on a society as a means of coercion.  Technically there is no universally criminal law definition of terrorism; however, common characteristics of the act refer to the delivery of violent acts intended to precipitate fear on a given society.

Acts of terror are typically perpetrated for a political, ideological or religious goal; a terrorist will deliberately target and subsequently disregard the safety of civilians to carry-out some form of initiative. All terrorists and their underlying terrorist organizations will not align themselves with government organizations or formal government bodies.

Definitions of terrorism will always include acts of unlawful violence and war. That being said, any action that precipitates violence on a society and disrupts the harmony and general function of a particular community or sociological setting will be considered an act of terrorism. There are two forms of terrorists: international terrorists and domestic terrorists. Although both forms of terrorists will inflict carnage on a society that is primarily based off a skewed or ultra-aggressive ideology, the domestic terrorist carries-out his or her violent actions on their home country, while an International terrorist will deliver their violent actions abroad.

The Oklahoma City bombing took the lives of 168 people (mostly employees of the United States Federal government) including 19 children under the age of 6. Additionally, more than 680 people were injured in the Oklahoma City Bombing; the severe blast damaged nearly 325 buildings within a sixteen-block radius of the Alfred P. Murrah Federal Building.

The Oklahoma City Bombing was sparked by Timothy McVeigh, an American militia movement compatriot. The building exploded when an explosive-filled truck–parked in front of the building—was detonated.

The Suspects of the Oklahoma City Bombing

Within 90 minutes of the Oklahoma City Bombing, Timothy McVeigh was stopped by a state trooper for driving without a license plate; Mcveigh was subsequently charged with unlawfully carrying a weapon. Subsequent forensic evidence quickly linked McVeigh and Terry Nichols to the Oklahoma City Bombing; Terry Nichols, McVeigh’s chief accomplice was arrested in the following days and both were charged with the terrorist act.

Timothy McVeigh organized and instituted the Oklahoma City bombing as a result of his hatred for the United States federal government. McVeigh was chiefly motivated by his perceived mishandling of the Waco Siege and the Ruby incident—the Oklahoma City Bombing coincided with the second anniversary of the deaths at Waco.

Investigation of the Oklahoma City Bombing:

The official investigation of the Oklahoma City Bombing was the largest criminal investigation in American history. Both Nichols and Timothy McVeigh were tried and subsequently convicted in 1997. McVeigh was executed via the lethal injection on June 11, 2001 and Nichols, for his role as McVeigh’s accomplice, was sentenced to life in prison. Lori and Michael Fortier, accomplices who knew of the impending attacks, testified against McVeigh and Nichols. For their role in the Oklahoma City Bombing and failing to warn authorities of the impending attack, Michael was sentenced to twelve years in prison and Lori eventually received immunity for her testimony.