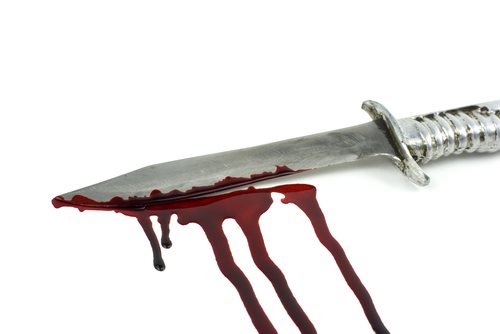 Who is Charles Manson?

Charles Manson is a notorious American criminal who started and subsequently led what became known as the Manson Family—a violent commune that arose and eventually terrorized the western region of the United States in the late 1960s. As a result of this formation, Charles Manson was found guilty of conspiracy in conjunction with the Tate/LaBianca murders—these high profile murders were carried out by members of Manson’s disruptive clan.

Charles Manson was convicted of the aforementioned murders in alignment with the joint-responsibility rule, which makes each member of a conspiracy or a criminal organization guilty of crimes that were committed in alignment with the organization’s function. Manson was found guilty under this ruling because he encouraged and persuaded members of “The Family” to savagely murder a number of innocent victims.

What Fueled the Charles Manson Murder?

The Charles Manson murders, as well as the formation of the commune, were sparked through Manson’s belief that an apocalyptic race war was brewing throughout the world and more specifically the United States. During the late 1960s the Civil Rights movement was gaining momentum and effectively changing the basic functions of society.

Manson developed this notion that a race war was impending through radical interpretations of Beatle’s lyrics, particularly the song “Helter Skelter”, which was commonly written on the walls of the Charles Manson murder scenes. Manson viewed the underlying tone and the song’s title “Helter Skelter” as a formal prelude to an impeding apocalypse driven by race and inequality. As a result of this roundabout connection, Manson was widely linked with pop culture and eventually became an emblem of violence, insanity and macabre—a symbol commonly linked with Manson, which emphasizes ghastly atmospheres and the coming of death.

Charles Manson Murder and the Family

As the family grew in strength and passion, Mansion’s view of the future grew darker. After travelling throughout the Western region of the United States in an old school bus, Manson soon began drawing up violent plans that were to be executed by members of the family. The first Charles Manson murder took place on August 9, 1969 at the home of actress Sharon Tate and director Roman Polanski. The first murder victim was Steven Parent, who was a teenaged boy, parked in the estates driveway. After the murder of Parent, Manson ordered the “Family” to storm the house and murder everyone in it. Actress Sharon Tate and four others, including coffee heiress Abigail Folger, were savagely murdered that night.

After the murders of Tate, Folger, Parent and two others, Manson and the fellow Family members drove to the home of Leno and Rosemary LaBianca. Upon arriving at the LaBianca residence, Manson ordered three Family members to enter the home, tie up the victims and then proceed to torture and kill them. The Charles Manson Murders, which lasted two days, took the lives of seven people in heinous fashion. The Charles Mansion murder scenes were typically left with bloodshed and messages aligned with the Family’s psychotic ideology.