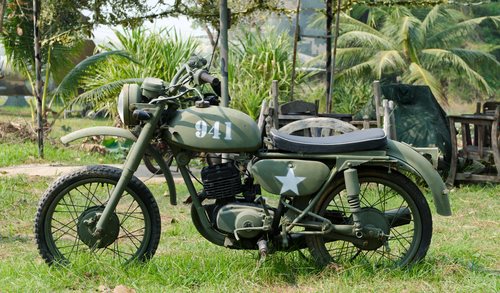 Tinker v. Des Moines, which is an abridged title for the full name of the court case ‘Tinker v. Des Moines Independent Community School District’, was an appellate hearing undertaken by the Supreme Court in which the judicial review of a case involving 3 minors – John F. Tinker, Mary Beth Tinker, and Christopher Eckhart – were suspended from their respective schools for brandishing black armbands in protest of the Vietnam War. Both the Circuit Court, as well as the Court of Appeals in the State of Iowa ruled that black armbands, which represented the protest of war, were inappropriate within school grounds. Due to the fact the 3 students were below the legal age to be heard in a court of law, the students fathers, Leonard Tinker and Christopher Eckhart – respectively, brought their childrens’ appeal to the Supreme Court.

The following is a case profile of the legal trial eponymously titled ‘Tinker v. Des Moines’:

Accused Criminal Activity: The following criminal activity and charges were cited by John F. Tinker and Mary Beth Tinker – both classified as legal minors – and Leonard Tinker against the State of Iowa within the appeal brought forth subsequent to the initial ruling:

The Tinkers stated that their arrest resulting from their respective expressions, which were admittedly a sign of protest – in lieu of a sign of violence, was a direct violation of both their 1st and 14th Amendment Rights, which preserved and protected the rights to free speech and free expression win accordance to applicable legislation and legality

Involved Parties: The following are the parties named with regard to their involvement in the Tinker v. Des Moines case:

Verdict Delivered: The Supreme Court ruled in favor of the Tinkers, stating that within the nature of protest undertaken by John Tinker, there existed no implicit – or inherent – intent to orchestrate violence, harm, disruption, damage, or criminal activity. However, the Tinker Standard – or Tinker Test – is a legal instrument required as a result of the Supreme Court ruling, which allows individual school administration to prohibit the expression undertaken by its students that may presumed to be incendiary, disruptive to the enactment of education, or in retention of the potential to incite a unrest