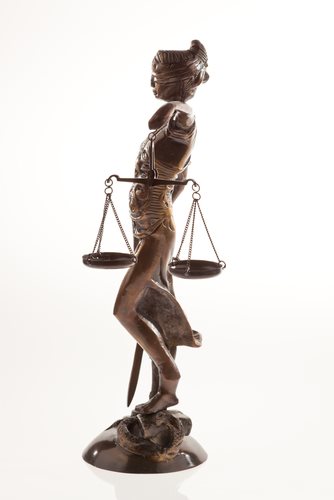 The landmark Supreme Court Case of Marbury v. Madison is considered to be amongst the most influential legal proceedings undertaken within the history of the Judicial System acting within the United States of America. This Marbury v. Madison Summary will not only explain the nature of the case and the pivotal parties involved, but also the events serving as catalysts for the legal undertaking of this trial.

The Marbury v. Madison case was amongst the first of its kind, which are court cases classified as Administrative Law; administrative law is classified as the legal realm in which any or all interactions involving the Federal Government – ranging from interactions with other bodies of the Federal Government to interactions undertaken with the citizens of the United States – are mandated, overseen, reviewed, and regulated with regard to their expressed legality and constitutionality.

The following events led to the Marbury v. Madison case:

John Adams, who was responsible for the appointment of William Marbury as a Justice of the Peace, failed to complete the commission prior to the termination of his presidency; as a Federalist, John Adams is assumed to have attempted to appoint as many Federalists to the cabinet of the President of the United States

William Marbury, expecting to be permitted to assume his role as the newly-appointed Justice of the Peace, was denied commission on the part of President Thomas Jefferson and Secretary of State James Madison; in order to stifle Adams’ presumed attempt to place as many Federalists in the cabinet of the President, Thomas Jefferson had mandated that James Madison refuse to finalize the commission process – this resulted in a denial of William Marbury with regard to his newly-appointed position

William Marbury, who was both angered and frustrated by what he had maintained was an administrative oversight, brought the case before the Supreme Court; the case was to be reviewed by Chief Justice John Marshall. Subsequent to trial, John Marshall maintained that Article III of the Constitution prohibited one branch of the Federal government to force action requested on the part of another branch; although John Marshall maintained that William Marbury was entitled to the position granted to him, the final decision was presumed to belong to Presidency of Thomas Jefferson.

As a result of the Marbury v. Madison trial, both historians and legislatures alike commend Marshall on his ruling in lieu of the fact that William Marbury was denied his position. The reasons for this sentiment include the following:

John Marshall avoided the risk of allowing the Supreme Court to appear weak and flawed in the eyes of the public; in the event that he had demanded that Marbury be commissioned, he was well aware that Thomas Jefferson could refuse this decree

John Marshall, as a result of the Marbury v. Madison finding, allowed for the determination of statutory legislation with regard to administrative interaction between the branches of the Federal government

Who is Joel Rifkin?