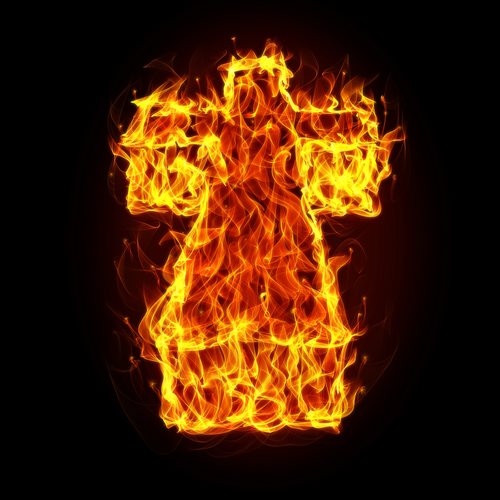 Virginia v. Black, which involved an appeal set forth by Barry Elton Black, Richard J. Elliott, and Jonathan O’Mara – all proclaimed members of the Ku Klux Klan – argued the legality of the arrests of the Plaintiffs resulting from their participation in the burning of a cross within the State of Virginia; an act that is deemed to be illegal in the State of Virginia:

In the midst of the judicial review of Virginia v. Black, the case  of Texas v. Johnson (1989) was cited by the defense; this case involved Plaintiff Gregory Lee Johnson arguing the validity of his arrest resulting from his setting fire to the American Flag in act of protest in lieu of an act of violence – the Supreme Court claimed that expression without illegality – or the intent to incite illegal recourse – is both protected and lawful within the 1st Amendment

The following is a case profile of the legal trial eponymously titled ‘Virginia v. Black’:

Accused Criminal Activity: The following criminal activity and charges were cited by the Petitioner of Commonwealth of Virginia – also known as the State of Virginia against Barry Elton Black, Richard J. Elliott, and Jonathan O’Mara within the appeal brought forth subsequent to the initial ruling:

Legal Venue of Virginia v. Black: The Supreme Court of the United States

Involved Parties: The following are the parties named with regard to their involvement in the Virginia v. Black case:

Verdict Delivered: The Supreme Court ruled against the defendants, claiming that their respective appeal was absent of sufficient ‘Prima Facie’ evidence; Prima Facie is a legal term whose Latin translation is defined as ‘At first sight’, which requires the existence of initial evidence concerning the conveyance of an event’s details – the Supreme Court found the men to be unable to substantiate that the act of burning a cross was simply an expression in lieu of a means to intimidate and threaten.

The Supreme Court stated that regardless of the rights implicit in the 1st Amendment, the expression of ideas or speech considered to be harmful, dangerous or in direct contrast with the safety of the general populace may be subject to judicial review

The Supreme Court interpreted the 1st Amendment as being inapplicable to circumstances in which the freedoms and rights afforded to other citizens of the United States of America are undermined; the 1st Amendment disallows for expressions or speech directly violating the precepts set forth within the 14th Amendment