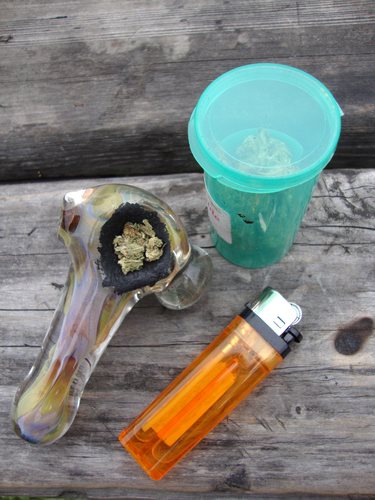 In 1984, in the Piscataway Township High School in New Jersey, a female student who was classified as a minor at the time of her arrest was convicted of possessing illegal paraphernalia utilized for the consumption of Marijuana; the acronym ‘T.L.O’ was given to her as a result of her status as a minor. The arrest occurred after the student was caught smoking Marijuana; subsequent to her being caught, the high school administration enacted a search of both her and her belongings – as a result of the search, they discovered that she was indeed in possession of paraphernalia presumed to be drug-related:

Within the student’s trial, she maintained that the school had violated her 4th Amendment rights, which provide for the protection of citizens of the United States from unlawful searches and investigative measures undertaken by law enforcement and authoritative entities

The student maintained that the school retained no right to search her belongings, which resulted in what she had cited as an expressed violation of her privacy

The following is a case profile of the legal trial eponymously titled ‘New Jersey v. TLO’:

Accused Criminal Activity: The following criminal activity and charges were cited by ‘TLO’ against the State of New Jersey:

Although the student was caught smoking illegal narcotics on school grounds, she had maintained that her right to privacy had been violated as a result of the investigation undertaken by the school’s administration

Involved Parties: The following are the parties named with regard to their involvement in the New Jersey v. TLO case:

The State of New Jersey was the plaintiff of the case

Verdict Delivered: The student was to remain guilty as charged; the Supreme Court stated that not only did her being caught smoking illegal narcotics serve as probable cause for the investigation, but events occurring on public school grounds are required to both be in adherence to legislation, as well as at the discretion of the institution

Probable Cause is the legal instrument in which a law enforcement agent retains the right to search personal, private property belonging to an individual; this concept is rooted in suspicion and concern for the public well-being