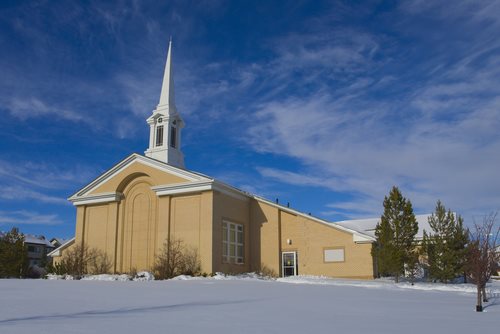 Who is Joseph Smith?

Joseph Smith was brought up religious; however, his family never committed to a particular organized religion. During his youth, Joseph Smith grew up in New York—at that time the area of New York was the home of numerous religious organizations. As a result of this environment, Joseph Smith failed to align himself with one religious viewpoint in particular.

At the age of 14, Joseph Smith decided to pray to God to help him elucidate on his religious choice. During this junction, Joseph Smith claims that he was visited by God and his son, Jesus Christ, while in a grove of trees in his family’s backyard. This visitation, according to the Church of Jesus Christ Latter Day Saints, is known as the “First Vision.” Over the subsequent years, Joseph Smith transcended human thought; the Church of Jesus Christ Latter Day Saints views Joseph Smith as a prophet who was regularly visited by messengers and angels of God. These enlightened followers of God visited Smith with instruction as to how to “restore” Christ’s original message to the people of Earth. Through these visitations, Joseph Smith was said to have come across a set of gold plates that contained the ancient writings of the first inhabitants of the Americas.

The writings that Joseph Smith was lead to contained records of the first inhabitant’s meetings and experience with God and Jesus Christ. In 1827, Joseph Smith, translated the plates using the power of God; the resulting works became the cornerstone of the Mormon’s cannon of scripture and was eventually published as the The Book of Mormon in March of 1830.

Establishment of the Church of Jesus Christ Latter Day Saints:

On April 6th, 1830, Joseph Smith, along with a throng of followers, established the Church of Jesus Christ Latter Day Saints. As the religion grew, opposition and pundits persecuted Smith for false representation and forming a cult-like organization. While being persecuted, Smith led his Mormons to Kirkland, Ohio, then Independence, Missouri and finally to Nauvoo, Illinois where Joseph Smith and his followers established thriving communities. Through the creation of these successful towns, Joseph Smith gained more followers.

On June 27th, 1844 Joseph Smith and his brother were captured and thrown in Jail on charges of treason. While incarcerated, the two brothers were assassinated by an angry mob that gathered outside the jailhouse. During his murder, there was little to no protection offered by the government. The murders were prompted by Smith’s ascension to a powerful religious figure; many people did not believe Smith’s status as a prophet and were frightened of his newly-formed religion. While many individuals question or do not believe Smith’s legitimacy as a prophet, the leader’s influence cannot be denied—Smith’s delivery of a “restored” gospel of Christ presently influences nearly 13 million followers worldwide.