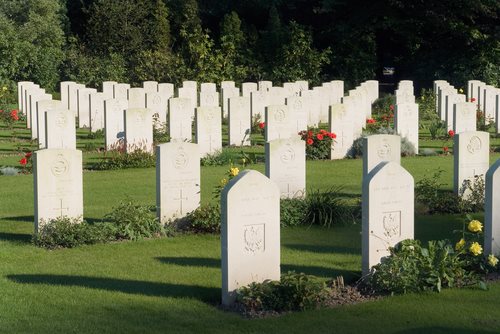 What was the My Lai Massacre?

A number of the victims of the My Lai massacre were beaten, raped, tortured and some of the bodies were mutilated post mortem. The My Lai Massacre occurred in the hamlets of My Lai and the My Khe village during the Vietnam War. Originally 26 soldiers of the United States armed forces unit were initially charged for these criminal offenses, only soldier William Calley was convicted. Calley, who was convicted with the killing of 22 civilians during the My Lai massacre, was originally given a life sentence; however, the soldier only served three years under house arrest.’

When the My Lai Massacre tragedy went public, the news prompted widespread outrage throughout the globe. The My Lai Massacre also augmented the domestic opposition towards the United States’ involvement in the Vietnam War.

On the morning of March 16, 1968 Charlie Company landed in the hamlets of My Lai where they found no enemy resistance. The troops initially figured that the opposition was hiding underground in their family’s homes; a belief that prompted the American soldiers to enter homes and start shooting. Once the first civilians were killed by indiscriminate fire, the soldiers went on attack, shooting at humans and animals of the village with heavy firearms, bayonets and grenades.

Large groups of villagers were rounded up by the 1st Platoon and executed via orders given by Second Lieutenant William Calley. In addition to these egregious orders, Calley also shot two other groups of civilians with a weapon he took form a soldier who had refused to participate in further killings.

After the initial killing executed by the 1st and 2nd Platoons, a 3rd platoon entered to deal with any “remaining resistance.” Over the next two days, the battalions were involved in additional destructions as well as the mistreatment of prisoners of war. While the majority of soldiers had not participated in these crimes, they neither protested nor complained to their superiors to halt the brutal killings.

Aftermath and Cover Up:

The total body count of the May Lai massacre was never made tangible; the memorial at the site lists 504 names, but the United States’ investigation revealed 347 deaths. The first reports of the May Lai massacre, in an effort to cover-up the savage slayings, claimed that “128 Viet Cong and 22 Civilians” were killed in the village during a fire fight.

On November 17, 1970 the United States Army charged 14 officers involved in the May Lai massacre with suppressing information related to the incident. The majority of these were later dropped; only a Bridge commander stood trial relating to the cover-up.

Captain Medina William Calley was convicted for his chief role in the May Lai Massacre on March 29, 1971. Calley was charged with premeditated murder for ordering his troops to execute the civilians. Although calley was initially sentenced to life in prison, President Richard Nixon released him from prison, pending an appeal of his sentence.