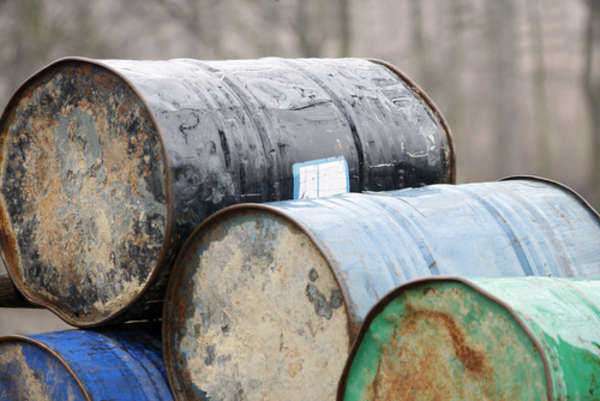 The case of Chemical Waste Management Inc. v. Hunt was decided by the United States Supreme Court in 1992.  This case, which questioned how much power states had to stop waste materials from being imported into their state boundaries, has become an important part of how environmental decisions are made at the state level.

The Beginnings of the Case

All fifty states in the United States export some of their waste, including hazardous waste, to other states.  However, poorer states have historically become “dumping grounds” for environmentally hazardous wastes that richer states don't want to have to deal with.  In 1990, the state of Alabama passed a law that limited the amount of waste that could be imported into the state and enforced high levels of taxation on any waste dumped there.

Chemical Waste Management Inc. v. Hunt began when Chemical Waste Management, a company with garbage processing facilities in Alabama, California, Illinois, Indiana, Louisiana, New York, and Oregon was subjected to a tax of $72 per ton on out of state waste.  This was in addition to an already existing statewide fee of $25.60 for every ton of garbage dumped in Alabama (regardless of whether it was from in state or out of state).

In Chemical Waste Management Inc. v. Hunt, the Supreme Court of the United States ruled that Hunt (the governor of Alabama, and therefore the defendant in a case against the constitutionality of a state law) had acted outside of his constitutional authority when he decided to enact this law.  The reason stated is that governors and state legislative bodies are not allowed to restrict interstate commerce of any kind—this is a privilege only afforded to the United States Congress.

By creating a differential tax for out of state waste that did not apply to waste generated within the state of Alabama, the court ruled that Alabama had restricted interstate commerce.  The tax was immediately halted, and Chemical Waste Management and other companies who had paid the unconstitutional tax were refunded their money by the state.

Effects on Other States

The holding in Chemical Waste Management Inc. v. Hunt also affected several other states that had developed differential fees on out of state dumping, including Louisiana.  While businesses were generally happy about the decision in the case, states and environmental agencies were disappointed, saying that the ruling made it difficult for states to protect their environment from significant degradation by out of state hazardous wastes.

Environmental Impact of the Case

When Chemical Waste Management Inc. v. Hunt was decided, it caused a proliferation of waste exports all over the United States.  Today, about 25 percent of garbage is transported across state lines to a dump—an increase of 147 percent from the 1990s.  Environmental groups have warned that this kind of trash exportation allows states with money to simply ignore how much trash they're producing, while passing on the environmental and health costs of disposal to states with less money to fix the problems the trash creates.