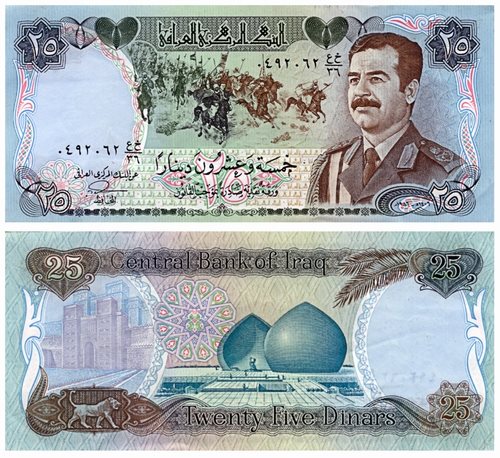 Who is Saddam Hussein?

In the early 1970s, Saddam Hussein nationalized the oil industry (along with many other industries). In addition, Hussein also perpetuated an insolvent system through the creation of a government-run banking system. During the 1970s, Saddam Hussein affirmed his dictatorship and cemented his authority over democracy and various apparatuses of government. The monies accrued from a secure oil industry enabled Iraq’s economy to boom and Hussein to amass enormous amounts of wealth.

Saddam Hussein led a coalition to essentially enforce genocide on his people. Saddam Hussein, through the use of his military, killed hundreds of thousands of Iraqis while crushing opposing forces who threatened his dictatorship. The killings were delivered in a variety of ways, including air attacks and chemical weapon attacks. These malicious acts were delivered on towns and villages throughout the country.

Saddam Hussein maintained power throughout the Iran-Iraq War of the 1980s and in 1990 his army invaded and looted Kuwait.

The invasion of Kuwait prompted international involvement; the invasion sparked the Gulf War, which freed Kuwait but did not dethrone Saddam Hussein.

After months of fleeing from the coalition, Saddam Hussein was captured on December 13th of 2003. During this time, Saddam’s Baath party was disbanded and the nation ultimately transitioned to a democratic state.

The specific charges stemmed from the murders that took place in 1982 and basic crimes against humanity; along with the killings, Hussein was also found guilty of torturing women and children and illegally arresting 399 Iraqi citizens. Although the Iraqi Special Tribunal ultimately found Hussein guilty of the atrocities, numerous difficulties arose during the trial.

The majority of the challenges that Saddam Hussein and his lawyers brought up revolved around contesting the court’s authority and maintaining that he was still the active President of Iraq.