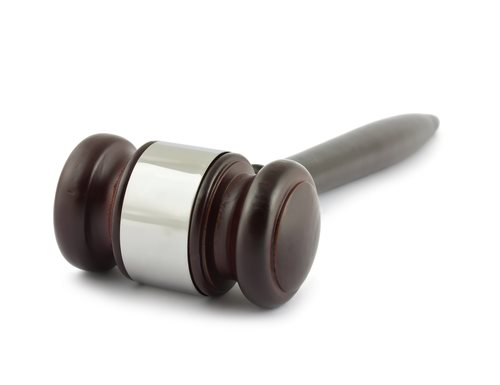 United States v. Nixon was a landmark decision offered by the United States Supreme Court. The case revolved around the Watergate scandal, which began during the 1972 presidential campaign—a race between Democratic Senator George McGovern and incumbent Richard Nixon.

On June 17 of 1972, before Nixon claimed the election, five burglars broke into the Democratic headquarters located inside the Watergate building complex in Washington, D.C. Nixon, in response to the break-in at the Watergate, appointed a special prosecutor to investigate the incident for the Federal Government of the United States. In April of 1974, Leon Jaworski—the acting prosecutor—obtained a subpoena, which ordered President Nixon to release tapes and documents relating to specific meetings between the President and those indicted by the Grand Jury. The tapes effectively revealed the Watergate scandal; the conversations contained damaging evidence involving the men and even President Nixon himself.

In response to this evidence, Jaworski obtained a subpoena, which stated that the President turn over all conversations and documents linked with the Watergate scandal. President Nixon responded to this order by delivering edited transcripts of 43 conversations, which included only portions of the requested conversations outlined by the subpoena.

Nixon’s attorney, James St. Clair, requested that Judge Sinica of the United States District Court for the District of Columbia terminate the subpoena; St. Clair argued that the President of the United States is not subject to the processes imposed by any court except the court of impeachment. Judge Sinca ultimately denied this motion and ordered the president to turn the tapes over by May 31st of the same year.

Both sides appealed to the United States Supreme Court, which opened the trial on July 8th. St. Clair argued that the President should not be subjected to “judicial resolution” since the matter revolved around the executive branch; St. Clair felt as though the branch should resolve the issue “in-house.” Furthermore, St. Clair also felt that Jaworski did not effectively prove that the requested materials were necessary for the trial of the accused men involved with in the Watergate scandal.

After the court stated that it could resolve the matter and that Jaworski had indeed provided a sufficient likelihood that the evidence contained conversations relevant to the charges, the Court rejected Nixon’s claim to an “absolute Presidential privilege of immunity from judicial process under all circumstances.”

The following is a case profile of the legal trial eponymously titled ‘United States v. Nixon’:

Accused Criminal Activity: The following criminal activity and charges were cited by the United States against President Richard Nixon within the appeal brought forth subsequent to the initial ruling:

President Nixon was charged with coordinating the break-in of the Watergate hotel, which housed key documents that would reveal the democratic strategy for the 1972 election.

Date of the Delivery of the Verdict: United States v. Nixon was decided on July 24, 1974

What are the Atlanta Child Murders?