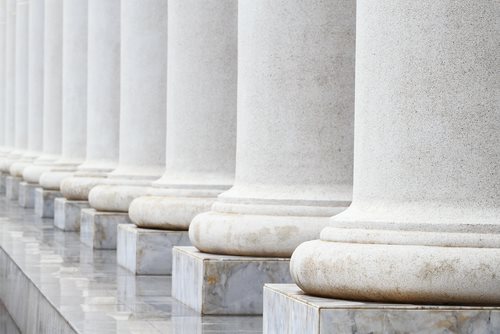 The Background of Strickland v. Washington (1984)

In 1984, the Defendant David Washington entered a guilty plea to a murder for which he was being tried; subsequent to the hearing, Washington explained that he was advised to do so at the behest of his attorney. Within the proceedings of the hearing, Washington’s attorney neither requested character witnesses nor a mandatory psychiatric evaluation with regard to the defense offered to Washington; when asked, Washington’s attorney upheld that suspicion of mental illness or an alibi was not applicable to the defense. Upon the sentencing given by the Florida State Court, Washington was found guilty and sentenced to death as a result of his murder conviction; Washington appealed the sentence, claiming that he had received insufficient legal representation from his State-appointed legal counsel, citing a violation of his rights to due process:

The notion of due process ensures that an individual not only has the right to a fair and just hearing, but also the provision of competent and accredited legal counsel with regard to the construction of legal defense

The following is a case profile of the legal trial eponymously titled ‘Strickland v. Washington’:

The Nature of the Appeal: The following criminal activity and charges were cited by the party referred to as ‘Strickland’ – acting as the Superintendent of Florida’s Department of Prisons against ‘Washington’ – a convicted criminal within the Florida penal system – within the appeal brought forth subsequent to the initial ruling:

Washington claimed that he had undergone a violation of the right to a fair and just hearing as was expressed within the 6th Amendment to the Constitution; furthermore, he argued that the legal counsel appointed to him did not provide acceptable services, which resulted in an unjust sentencing

Legal Venue of Strickland v. Washington: The Supreme Court of the United States

Involved Parties: The following are the parties named with regard to their involvement in the Strickland v. Washington case:

Verdict Delivered: The Supreme Court ruled against Washington, claiming that although individual citizens are indeed entitled to competent legal counsel, the report of any or all suspected or presumed inefficiencies existing within the provision of legal counsel must be enacted through the setting forth of evidence illustrating the nature of legal inefficiency – expressly stated with regard to not only the circumstances existing in contrast of legal competence – but also their respective contribution to the ultimate verdict.

The 6th Amendment addresses legal procedure undertaken with regard to the prosecution – and investigation – of alleged criminal activity; this Amendment includes the right to a judicially-sound trial; with regard to the Strickland v. Washington, the 6th Amendment requires an individual’s right to legal representation, regardless of financial stature. If you need legal advice and assistance, contact Washington lawyers.