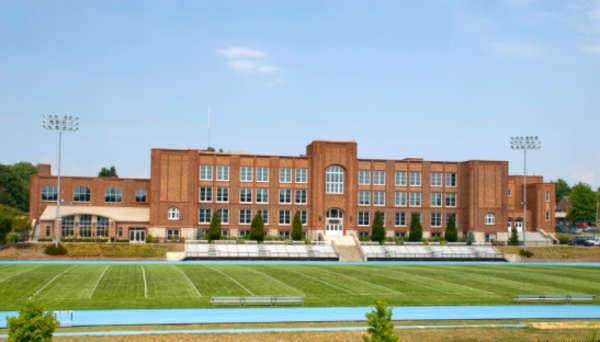 Not all Supreme Court cases result in a majority opinion.  While historically, Chief Justices have tried to get justices to agree, the Rehnquist Court was often quite divided and would issue complicated combinations of concurrences and dissents.  In some cases, like Mitchell v. Helms, a plurality opinion as well as a concurrence created the 5-4 ruling.  This 2000 case involved a dispute over whether Catholic schools should be allotted public funds for education.  The decision would have an impact on parochial school funding throughout the United States, and would pave the way for voucher programs to be ruled constitutional by the courts.

The Education Consolidation and Improvement Act of 1981 created a type of funding (commonly referred to as “Chapter 2 funding”) in order to help both public and private schools obtain and use new instructional and reference materials.  Local and state educational agencies were required to distribute these funds to any non-profit school, whether public or private.

Chapter 2 aid was also to be distributed in a way that was proportional with how many children were attending each individual school.  Local school districts and state educational agencies were not allowed to discriminate against private schools in these allocations.  However, the law also specified that Chapter 2 funds used in private schools, even religious schools, were only to be used for non-ideological, secular materials rather than religious ones.

The case of Mitchell v. Helms began in Jefferson Parish, Louisiana (parishes are the local units in Louisiana that are equivalent to counties in most other U.S. states).  In Jefferson Parish, approximately 30 percent of Chapter 2 funds were allocated to private schools—the vast majority of which were Roman Catholic.

While Mitchell v. Helms was decided in 2000, the lawsuit leading to the Supreme Court case was actually filed in 1985.  The plaintiff in the suit argued that the distribution of federal funds to religious schools was a violation of the Establishment Clause of the First Amendment to the United States Constitution.

In order to decide this case, the Supreme Court applied the so-called “Lemon test,” a three part test for whether a statute violates the Establishment Clause.  The test requires the court to look at whether the law had a secular purpose, whether its effect was positive, negative, or neutral for religion, and whether it creates “excessive entanglement” between church and state.

The Court ruled in a plurality opinion authored by Justice Clarence Thomas that Chapter 2 funding to parochial schools was constitutional according to the Lemon test.  According to the court, the statute clearly had a secular purpose, and did not have the effect of either advancing or inhibiting religious practice because materials purchased through the program were required to be secular and neutral.  The court noted that it had moved on from its previous position, which had held that any funds advancing the educational mission of religious schools were not constitutional.  The change had occurred in Agostini v. Felton, a case that had been decided three years earlier.