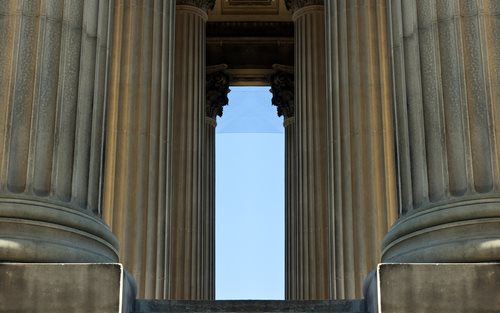 What is the Court Case ‘Marbury v. Madison’?

The Origins of Marbury v. Madison

The following 5 individuals are considered to be the primary politicos within the Marbury v. Madison proceedings:

William Marbury was a Federalist who was appointed to be the Justice of Peace by John Adams prior to the termination of Adams’ presidency; however, Thomas Jefferson – who replaced Adams as President of the United States – failed to acknowledge Marbury’s appointment as a result that it was not finalized prior to the ending of Adams’ presidential term

John Adams, who was the President of the United States prior to Thomas Jefferson, appointed William Marshall as a Justice of the Peace; in an attempt to bolster the presence of Federalists within the Executive Branch of the government – in lieu of his loss in the Presidential campaign – John Adams attempted to fill the Judicial system with as many Federalists as possible

James Madison was Thomas Jefferson’s Secretary of State who was ordered by Jefferson not to finalize the appointment of William Marshall to Justice of the Peace; as a result, Madison was subsequently sued by Marshall thus providing the eponymous name of the now-landmark court case

John Marshall was the first Supreme Court Justice who was responsible for the ruling of Marbury v. Madison; he explained that although William Marshall was owed his respective position as Justice of the Peace, Article III of the United States Constitution prevented the Judicial Branch from forcing another branch of the Federal Government from acting – as a result, Jefferson was constitutionally permitted to deny William Marshall’s appointment

Thomas Jefferson was the President-Elect following the ending of John Adams’ presidential term; in an effort to stifle Adams’ attempt to fill the Judicial Branch with Federalists, Thomas Jefferson cited Article III of the Constitution, claiming that the President of the United States was allowed the implicit agency to revoke mandates not taking place within respective presidential terms