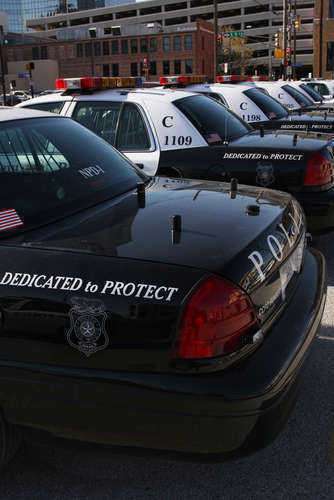 Malice Green was a Detroit citizen whose death in 1992 following an altercation with police officers led to prolonged judicial proceedings. The death of Malice Green led to several racially charged trials and required over a decade to achieve a resolution.

Malice Green was detained by two police officers in front of a Detroit crack house on November 5, 1992. At the time, he was in possession of a vial of crack cocaine, which the officers struggled to retrieve from him. In the aftermath, officer Walter Budzyn was charged by witnesses of having hit Malice Green on the head 14 times with his flashlight, leading to a skull injury. Budzyn claimed that Malice Green was actually hit over the head by his partner, Larry Nevers. Officer Freddie Douglas was also charged with involvement in the death of Malice Green.

A subsequent autopsy found that Malice Green had died as the result of swelling of the brain caused by being struck by the flashlight. Officers Budzyn and Nevers were denied the right to separate trials but were tried together. However, their cases were ruled upon by two different juries. During the case, both officers were charged with the second-degree murder of Malice Green. Testimony against them included witnesses from the EMT technicians who arrived on the scene of the crime.

Throughout the trial, the officers maintained that the chronic drug use of Malice Green was responsible for his death by enlargening his heart and otherwise weakening his body. Their attorneys also called into question the credibility of witnesses to the crime, who they claimed were not only intoxicated thanks to alcohol and narcotics but who had pre-existing grudges against the police officers.

The trial was conducted in an atmosphere of heightened tension due to the fact that the death of Malice Green occurred nearly 20 months after the similar beating of Rodney King, an event which had caused riots in the City of Los Angeles. During their jury duty, both juries were shown movies for amusement during their non-trial hours. One of these movies was "Malcolm X," which opens with footage of the beating of Rodney King.

Both officers were found guilty of second-degree murder of Malice Green, and both subsequently appealed the decision. Both officers cited the jury's viewing of "Malcolm X" as prejudicial, thereby invalidating their conviction. Walter Budzyn was successful in having his verdict overturned and a new trial scheduled. In 1998, he was again convicted of responsibility for the death of Malice Green on the lesser charge of manslaughter. He was released without serving additional time due to the time served on the first conviction.

Larry Nevers was also successful in appealing his case in federal court. He was then retried in 2000 and similarly convicted of involuntary manslaughter. This conviction was also appealed, overturned and then reinstated. However, Larry Nevers was allowed to complete the rest of his sentence under house arrest due to his recovery from cancer.