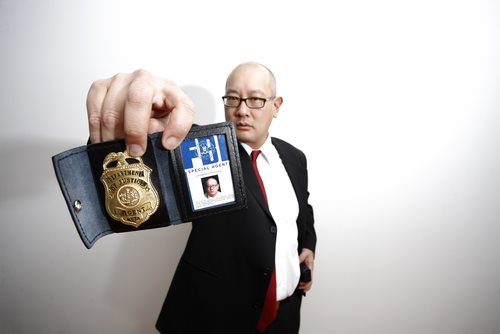 Who is Leonard Peltier?

Leonard Peltier is a prominent member of the American Indian Movement and a passionate American activist. In 1977, Leonard Peltier was convicted and subsequently sentenced to two consecutive life sentences aiding and abetting the execution of two FBI agents.

The executions of the FBI agents took place during a 1975 shootout on the Pine Ridge Indian Reservation.

On June 26th of 1975, Special Agents Ronald Williams and Jack Coler of the Federal Bureau of Investigation were pursuing a young Pine Ridge resident named Jimmy Eagle. The FBI agents were in search of Eagle, because the young man was connected with a recent assault and robbery that took place on the ranch.

During their pursuit, both agents (driving separate unmarked cars) began following a red truck that matched the description of Eagle’s vehicle. At this time, Leonard Peltier had a warrant for his arrest that was issued in Milwaukee, Wisconsin for attempted murder chargers—Leonard Peltier was a fugitive for his role in the attempted murder of an off-duty Milwaukee police officer.

While following the red truck, Williams and Coler came under heavy gun fire from the occupants of targeted vehicle. When the agents called for reinforcement, the back-up agents were also fired upon. Late in the afternoon, local authorities found the bodies of Williams and Coler inside their vehicle—the two men were fatally shot.

At 6:30 p.m. special agents and the local authorities ignited tear gas and raided the homes of the ranch. Although the raid effectively usurped the location, the gunmen had fled the premises.

Aftermath of the Shootout:

Leonard Peltier was eventually arrested and extradited from Alberta, Canada on February 6, 1976. Leonard Peltier was arrested, through the issuance of an affidavit, offered by a Native American woman who claimed to be Peltier’s girlfriend.

Leonard Peltier was initially tried in the United States District Court for the District of North Dakota. The jury convicted Leonard Peltier of the murders of both special agents (Coler and Williams). These convictions carried two consecutive life sentences. Following the delivery of these convictions, Leonard Peltier appealed the decision, where a Federal appeals Judge claimed that the evidence (particularly the bullets that were recovered from the scene) was overwhelming.

Leonard Peltier admitted that he fired at the agents but denies that he delivered the fatal shots. Leonard Peltier is currently incarcerated at the United States Penitentiary in Lewisburg, Pennsylvania.

Who is Jack Kevorkian?