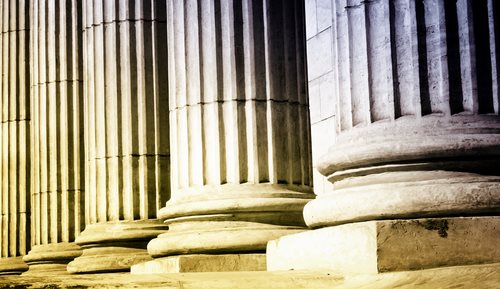 The Background of Wickard v. Filburn

Farmer, Roscoe Filburn was growing wheat that would be used for on-farm consumption. The United States Government had imposed limits on the amount of wheat production based on the amount of acreage owned by a farmer—the limits were set by the government to drive up wheat prices during the Great Depression. Filburn, who was growing more than the regulations permitted, was ordered to destroy his crops and pay a fine to the United States Federal Government, even though the excess wheat was produced for his own use—Filburn had no intention of generating a profit through the surplus.

The Supreme Court, using the United States Constitution’s Commerce Clause (affirmed under Article 1 Section 8), decided that, as a result of Kilburn’s wheat growing activities, the amount of wheat he would be required to purchase on the open market for chicken feed and because wheat was traded nationally, his production of the excess wheat ultimately affected interstate commerce. Through this interpretation, the Supreme Court of the United States, in Wickard v. Filburn, stated that United States Federal Government was allowed to regulate wheat production, even if the excess would be used for personal consumption.

The following is a case profile of the legal trial eponymously titled ‘#’:

Accused Criminal Activity: The following criminal activity and charges were cited by the United States Government against Roscoe Filburn within the appeal brought forth subsequent to the initial ruling:

The United States Federal Government fined Roscoe Filburn for producing more wheat than what was allowed based on the United States Constitution’s Commerce Clause under Article 1 Section 8. The Supreme Court ruled the production quotas under the Agricultural Adjustment act were applied to agricultural production that was consumed domestically, because its ultimate effect on interstate commerce placed it within the power of Congress to regulate under the Congress Clause.