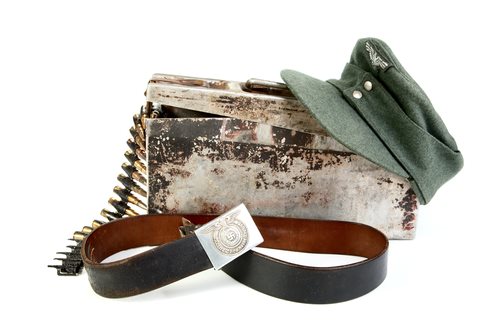 Who is Tokyo Rose?

Tokyo Rose was the alias or generic name given by Allied forces that fought in the South Pacific during the Second World War to any English-speaking female broadcasters who transmitted or spread Japanese propaganda. The intent of the broadcasts was to infiltrate and ultimately disrupt the morale of Allied forces who were tuning in.

American soldiers, who were stationed in the Pacific, typically listened to the propaganda spread by Tokyo Rose to get a feel for the effect that their fighting had on the Japanese public and media outlets. In most instances, the stories and reports circulated by Tokyo Rose would be bizarrely accurate; often times, Tokyo Rose reporters would name units and even individual soldiers who were stationed throughout the Pacific. Although these reports are often linked to Tokyo Rose, they have never been substantiated through the delivery of formal documentation, such as written scripts or recorded broadcasts.

Where did the name “Tokyo Rose” come from?

The nickname “Tokyo Rose” was derived from Iva Toguri who was broadcasted under the name “Oprah Ann” during a 15-20 segment that was aired on the program The Zero Hour and broadcasted on Radio Tokyo. The program mainly consisted of propaganda-based skits and slanted news reports that were intended to discourage American servicemen from continuing their mission and strong efforts.

Although Tokyo Rose was used as a nickname for a group of women who broadcasted propaganda throughout the Second World War, one woman in particular was thought to be the original Tokyo Rose. This individual, Iva Ikuko Toguri, was eventually tried and sentenced to ten years in prison by the United States government for engaging in espionage against the military forces of the country.

Toguri was an American citizen, who was visiting relatives in Japan, when the savage fighting in the Pacific commenced. Despite daily harassment from military police, Toguri refused to give up her United States citizenship; under this intense pressure, Toguri ultimately landed a job working with Radio Tokyo where she was forced to spew propaganda.

Radio Tokyo eventually wanted a female voice to broadcast its “news”. Using the name, Orphan Ann, Toguri—who was one of many English speaking women forced to broadcast—was chosen as the predominant anchor for Radio Tokyo.

The Arrest of Tokyo Rose:

Following the end of the war, reporters travelled to Japan to interview Toguri in hopes of revealing her true identity. At some point during this interview process, Toguri signed an official statement saying that she was indeed Tokyo Rose. In 1945, Toguri was imprisoned in Japan by the United States government. In 1948, Toguri was extradited to the United States where she eventually stood trial for treason. In 1949, Toguri was convicted on eight counts of treason and sentenced to ten years in prison. Toguri was eventually released after six years of good behavior.