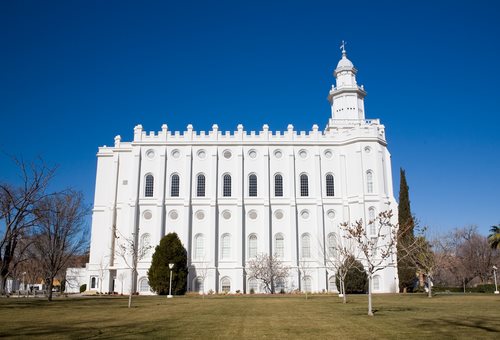 Reynolds v. United States was a fundamental United States Supreme Court case, which stated that religious duties were not a suitable defense to a criminal indictment.

George Reynolds was a prominent member of The Church of Jesus Christ of Latter-day Saints, who was charged with bigamy under the provisions latent in the Morrill Anti-Bigamy Act. George Reynolds was charged after he married Amelia Jane Schofield while still holding a marriage with Mary Ann Tuddenham in the state of Utah.

The case eventually made its way up to the Supreme Court, where George Reynolds argued that his previous conviction for bigamy should be overturned based on four fundamental reasons. The issues that George Reynolds offered in Reynolds v. United States included that his grand jury had not been established legally; that challenges made by certain jurors were improperly overruled; that the testimony offered by Amelia Jane Schofield was not made permissible as it was under the previous indictment; and, and most fundamentally, that it was his religious obligation to marry multiple times.

The following is a case profile of the legal trial eponymously titled ‘Reynolds v. United States’:

Legal Classification: The Mormons believed that the law which prevented them from marrying multiple times was unconstitutional because it deprived them of their First Amendment right to freely practice religion.

Accused Criminal Activity: The following criminal activity and charges were cited by the state of Utah under the Morrill Anti-Bigamy Act against George Reynolds within the appeal brought forth subsequent to the initial ruling:

George Reynolds, in Reynolds v. United States, was being indicted for marrying multiple women without divorcing (participating in polygamy).

Date of the Delivery of the Verdict: The case of Reynolds v. United States concluded on May 5 1879.

Verdict Delivered: In Reynolds v. Utah, the court stated that religious duty was not a suitable defense against any felony acts or any criminal indictments attached to the defending party.