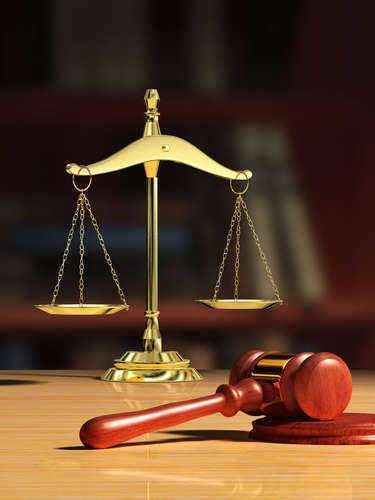 To protect its fishing waters from non-native species and parasites, the state of Maine banned the importation of live batfish. Robert Taylor, the owner of the bait business, violated this law and as a result was prosecuted by Maine authorities.

The case of Maine v. Taylor was a landmark Supreme Court matter that ruled there was an exception to the rule of dormant commerce clause.

The case of Maine v. Taylor asked the question of whether or not the Maine law unconstitutionally burdened interstate commerce because of a violation of the Commerce Clause.

The United States Supreme Court in Maine v. Taylor held that the limitation imposed by the Federal Commerce Clause regarding state regulatory powers was not absolute and that individual states retained authority under their general enforcement or police powers to regulate matters of local concern.

The United States Supreme Court found that the state’s ban on the importation of batfish served a legitimate purpose to the locality. The Supreme Court in Maine v. Taylor found that this ban would not be made available or effective by any other nondiscriminatory alternatives. Additionally, in Maine v. Taylor the United States Supreme Court argued that the ban on batfish was not a simple case of “arbitrary discrimination against interstate commerce.”

The case of Maine v. Taylor solidified the notion that discriminatory laws may be upheld if they serve legitimate local purposes that may not adequately be served by available alternatives. The ruling in Maine v. Taylor ultimately held that individual states may ban the importation of out-of-state goods within the flow of commerce. That said, this ban may only be enacted if the ban serves a legitimate local concern and there are no other means of protecting said interest.

One of the most interesting aspects of the Supreme Court is that it has to rule on so many different types of cases.  It seems like a Supreme Court case can come from anywhere—not just Congressional committees and high-profile cases, but from places like a small bait shop in Maine.  The case of Maine v. Taylor involved whether a small business owner there had the right to import bait fish from another state into Maine, or whether the state was allowed to restrict this importation.

The Maine Law and Its Justifications

According to Maine's state laws, it was not legal to import any live fish to be used for the purposes of fishing bait.  The reason that this law was passed was not as a protectionist measure for local fisheries, but rather because the state worried that imported bait fish could potentially contain toxins or carry diseases which could then become part of the ecosystems of Maine's lakes, rivers, and coastal areas.

The state of Maine also worried because it is difficult to tell whether all fish being imported are the same species.  Even a few members of a foreign invasive species would be enough to significantly disrupt local waterways and fish species.

Robert J. Taylor owned a small bait shop in Maine.  He knew that Maine had banned the importation of bait fish for businesses like his, but violated the law intentionally to purchase 158,000 golden minnows for his business.  Before the thousands of fish could arrive at Taylor's bait shop, though, they were intercepted.

Taylor was accused not in a state court for violating Maine's law, but rather in federal court for violating the Lacey Act Amendments of 1981.  This law makes it a federal crime to import or export fish or wildlife that was sold illegally according to state law.  When the case went to court, Taylor asked the trial court to dismiss the case, because he argued that the law constituted an illegal restriction of interstate commerce.


The trial court found in the state of Maine's favor, ruling that the law was in fact constitutional and that the case could proceed, at which point Taylor issued a conditional guilty plea.  When Taylor appealed the dismissal to the First Circuit Court of Appeals in Maine v. Taylor, though, the court surprised many observers by deciding that Taylor was right and the statute was an illegally broad restriction on trade.

The court ruled that a high level of scrutiny should be applied to any laws that, like Maine's, were quite broad in their effect and regulated a large amount of interstate commerce.  However, they also ruled that Maine v. Taylor met all of their tests for the higher level of scrutiny required.  According to experts at the trial level, there was no good way for the state to detect whether a shipment of bait fish contained fish that could be considered invasive species, or if it contained fish parasites that could infect the fish already living in Maine.

The court ruled that given the valid and compelling purpose of the law, there was no narrower way that the purpose could be accomplished, and that this meant the restriction was constitutional in spite of its broad construction.