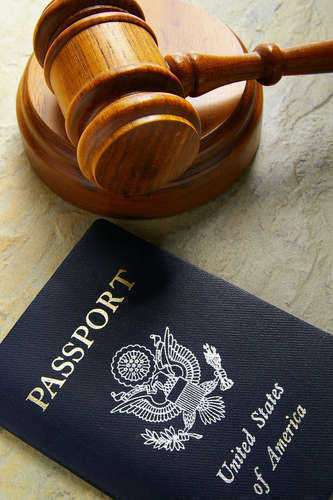 Not too long ago in our nation's history, people could be brought in front of Congressional committees and asked deeply probing questions about their political affiliation.  People suspected of being Communists could have their passports taken away and could be blacklisted from working on a nationwide basis.  It was this environment that spawned the case of Braden v. United States.  Braden was a man who refused to answer questions from one of the most infamous Congressional committees of all time: HUAC, or the House Un-American Activities Committee.

After World War II, Germany and Japan were defeated militarily and economically.  Many allies of the United States, including England and France, were busy rebuilding their nations and were relatively weak.  The two major remaining superpowers were the United States and the USSR.  Because the United States saw the conflict between their nations as primarily ideological in nature, this led to anti-Communist hysteria and a situation that was likened to a witch hunt (most famously in Arthur Miller's “The Crucible,” written at the time of the HUAC's activities.

Congress could call nearly anyone in front of the HUAC, and while people suspected of nefarious activities may “plead the fifth” to avoid testifying in any way that could lead to self-incrimination, refusing to answer HUAC's questions was an automatic misdemeanor charge if it was done in any other way but invoking Fifth Amendment rights.

Braden was suspected of being a member of the Communist Party and distributing pro-Communist propaganda.  When he was summoned to appear before HUAC, he refused to answer any questions and claimed that the questions themselves were in violation of his First Amendment rights to free association.  He was subsequently charged with a misdemeanor.  He did not at that time invoke his Fifth Amendment rights to avoid self-incrimination, but rather based his choice on a series of First Amendment Supreme Court decisions.

The District Court held that the misdemeanor charge was constitutional, but Braden appealed all the way to the Supreme Court in hopes of having his conviction reversed.

In a 6-3 ruling, the Supreme Court sided with HUAC and against Braden in Braden v. United States.  The Court ruled that the questions Braden had been asked by the committee were in fact relevant.  They also pointed to an earlier case to show that they had previously upheld investigations into the activities of Communists, most notably in education.

The Court also ruled in Braden v. United States that because the petitioner was able to invoke his Fifth Amendment rights but deliberately chose not to and instead invoked his rights to freedom of association, he could be prosecuted for a refusal to answer the questions of the committee.  The Court agreed with lower court rulings that the questions asked of Braden had been relevant for the purposes of the Un-American Activities Committee, and that Braden should have either answered these questions or pled the Fifth.