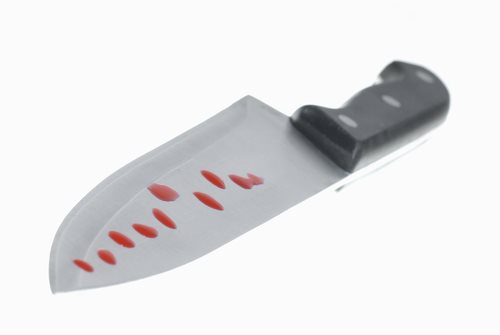 The West Memphis 3 trial involved the murder of 3 boys whose bodies were found mutilated and sexually assaulted in the wooded areas called ‘Robin Hood Hills’ in West Memphis, Arkansas. The 3 suspects – who were later convicted of the murders – were assumed to be suspected as a result of their penchant for listening to music deemed to be satanic in nature, as well as their donning of black clothing. Within the investigations, rampant claims of police coercion, subjectivity, the use of spectral evidence, forced confessions, and the denial of protocol expressed within the 8th Amendment to the Constitution – an Amendment that ensures the right to a fair hearing:

The following is a case profile of the legal trial eponymously titled ‘The West Memphis 3 Trial’:

Legal Classification: Criminal Law; the legal field that focuses on both the prosecution and defense of criminal activity that may have occurred conducted in both public or private sectors; with regard to a criminal charge, the intent, motive, and behavior implemented by the perpetrator is taken into consideration both upon review as well as prior to sentencing

Accused Criminal Activity: The following criminal activity and charges were cited by a collective group of parents against West Memphis 3 within the appeal brought forth subsequent to the initial ruling:

The defendants were accused of first degree murder, which is classified as the premeditated, purposeful, illegal, and deliberate termination a life – or lives – belonging to the victims of the West Memphis 3 trial

The defendants were accused of first degree murder, which is classified as the premeditated, purposeful, illegal, and deliberate termination a life – or lives – belonging to the victims; however, the nature of the victims varied with regard to the expressed intent exhibited by the West Memphis 3

The defendants were accused of sexual assault, which is an offense involving  illicit, indecent, and illegal sexual activity taking place; within the sexual assault charges, the West Memphis 3 were accused of raping the 3 victims – defined as the  illegal and unlawful sexual intercourse without the existence of expressed consent between the parties involved

Legal Venue of the West Memphis 3 Trial: The Supreme Court of the State of Arkansas

Involved Parties: The following are the parties named with regard to their involvement in the West Memphis 3 trial:

Richard Ofshe (psychiatrist; expert witness with regard to the analysis of confessions)

In 2007, the defense team filed a writ with regard to Habeas Corpus – the legal protocol required subsequent to an arrest, which entitles all individuals to the right to a trial in a court of law; in addition, each individual is granted the right to legal representation – a claim was made that Damien Echols was denied sufficient means of Habeas Corpus

Upon his arrest, the defense attorneys claimed that Jessie Misskelley was denied his right to the standard protocol of criminal apprehension and investigation latent within the Miranda Rights ; the upholding of these rights must be upheld by any and all arresting officers – the Miranda Rights are included the legislative statutes expressed in the 5th Amendment to the Constitution