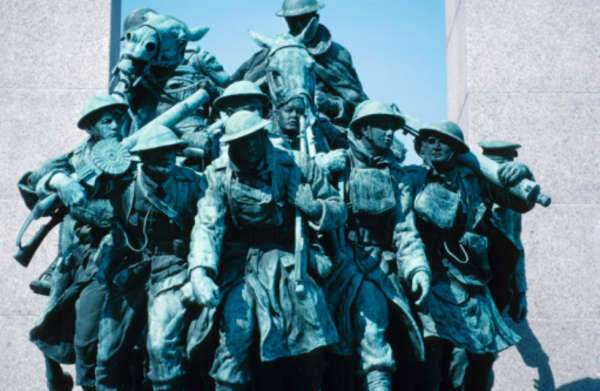 What is Rostker v. Goldberg?

Rostker v. Goldberg was a landmark United States Supreme Court case that held that the practice of allowing only men to register for the draft was indeed constitutional. More specifically, Rostker v. Goldberg held that the legislation requiring only men to vote for the draft did not violate the Fifth Amendment to the United States Constitution and that Congress acted within its congressional authority to regulate and raise navies and armies when it authorized the registration of only men.

Following extensive hearings, committee sessions and floor debates on the matter, the United States Congress formally enacted the law to apply only to men. In response to this action, several attorneys challenged the gender distinction as unconstitutional.

The Military Service Act allows the President of the United States to require the registration of prospective male military service members. Registration for the draft was terminated by Presidential Proclamation in 1975; however, because of a crisis in Southwestern Asia, President Carter decided to reactivate the registration process in 1980. Following reactivation, Carter sought Congress’ allocation of funds for the purpose of engaging a draft. In addition to funding, Carter recommended that Congress amend that Act to permit the registration and conscription of females as well as males. Congress, in response to this request, only provided funds to register males and declined to amend the act to permit for the registration of women.

In a 6 to 3 decision, the United States Supreme Court held that gender distinction was not a violation of the equal protection component of the due process clause to the United states Constitution. As a result of this ruling, the Act stood as passed according to Rostker v. Goldberg.

According to the majority opinion of Rostker v. Goldberg, the existences of combat restrictions indicate the basis for Congress’ decision to exempt women from registering for the draft and the purpose of registration was to prepare a draft of combat troops. Since women were excluded from combat, Congress believed that they would not need to be included in the draft. Because of this relationship, Congress concluded that women did not need to be registered for a draft.

The last time that the draft was actually used in the United States was during the Vietnam War in 1973.  As of 1975, Congress put the Selective Service (draft system) into “deep standby,” which meant that young men no longer were required to register for the draft because it was no longer deemed likely that the nation would use it.  However, when Congress and the President anticipated potential war with the USSR in the early 1980s, they it decided that it would be a good idea to reactivate draft registration, even if the actual draft was a long way in the future.  This would allow the draft to be started quickly and effectively if the Cold War turned into a hot one.  However, one proposal in the new draft registration legislation threw a lot of Americans for a loop—and it was this idea that would lead to a challenge in the 1981 Supreme Court case Rostker v. Goldberg.

When Jimmy Carter proposed starting the Selective Service registration process again in 1980, Congress was quick to agree with the need for draft registration.  However, the world was different than last time the draft had begun, and one of the most notable changes was the advancement of the Women's Lib movement and feminism.  Because this was an era when an Equal Rights Amendment to the United States Constitution was still on the table to advance gender equality, President Carter proposed expanding draft registration to include women as well as men, ages 18 to 26.

However, this measure met opposition.  Many feminist groups, including the National Organization for Women (NOW) stated publicly that they would prefer for there to be no draft registration for either men or women, but that if there was to be registration it should be equal.  Others pushed for men-only registration.

The final law that was passed by Congress regarding Selective Service registration gave rise to Rostker v. Goldberg.  This law called for all young men between the ages of 18 and 26 to register for the draft, but made no similar provision for women.

The lawsuit in Rostker v. Goldberg began.  The plaintiffs alleged that the law as currently enacted was discriminatory against women and constituted illegal discrimination and a violation of due process afforded by the Fifth Amendment.  Initially, the case looked as if it was going well: a federal district court judge ruled that the law was unconstitutional.  However, when the case went to appeal,  a federal circuit court reversed the decision.  The case was appealed to the Supreme Court, which granted certiorari and made its decision on the case in 1981.

As just about any young American knows, women do not have to register for the draft.  This is because the lawsuit in Rostker v. Goldberg was not successful.  The Supreme Court looked at the purposes of draft legislation, which are first and foremost to generate a large number of combat troops specifically.  Because women were not at this time allowed to be combat troops, allowing women to register for the draft would not actually help the draft to achieve its purpose.  This meant that there were valid reasons for the draft to be gender segregated, and the single gender draft registration process continues to this day.