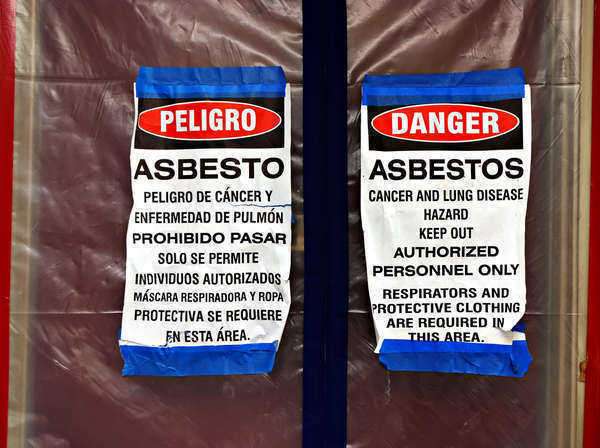 One of the most pernicious environmental toxins of the 20th century was asbestos.  Used in the insulation of countess buildings, asbestos provided fireproof barriers, but came at a high cost to human health.  Once asbestos dust was in the air, the crystals hooked into the lungs of the workers who breathed it in.  This caused a range of occupational illnesses, ranging from relatively benign warts on the hand to one of the most deadly forms of lung cancer.  In Celotex Corp. v. Catrett, the Supreme Court of the United States would examine an asbestos allegation in order to determine whether there was enough evidence of exposure to asbestos for a case to continue through the court system at the trial level.

After her husband died from what she believed to be an asbestos related illness, Catrett sued Celotex Corporation for negligence.  However, when the case got to court, Celotex's lawyers had some tricks up their sleeve.  They requested summary judgment in their favor, because according to them, no documentation existed that could prove that Catrett's husband had been specifically exposed to their asbestos, or that this specific asbestos had caused his illness.

The motion for summary judgment was contested by Catrett, who brought forth three pieces of evidence to indicate that her husband had indeed been exposed to the asbestos that killed him due to Celotex.  The first piece of evidence was a deposition that her late husband had made, pertaining to his asbestos exposure and his illness.  The second piece of evidence was a letter from a former employer, and the third was a letter from an insurance company.

However, these pieces of evidence were not as helpful as Catrett might have hoped.  The attorneys for Celotex objected to their admission, saying that they were inadmissible hearsay.  The judge found that none of the documents fell under an established hearsay exemption or exception, and granted the summary judgment that Celotex had requested.

The case was appealed, first to a Circuit Court , where the judgment was reversed.  At the circuit court level, the judges determined that Celotex had not presented any information that indicated that Catrett's husband had not been affected by their asbestos products—no affidavits, no evidence whatsoever.

Celotex Corp. v. Catrett then found its way to the Supreme Court.  The justices of the Supreme Court determined that there was no need for Celotex to present evidence that they had not caused the harm—instead, they ruled that Catrett was responsible for proving that some harm had occurred as a proximate (foreseeable) result of her husband's exposure to Celotex's asbestos.

The ruling in this Celotex Corp. v. Catrett has been held by the Court in subsequent cases to mean that when a party requests summary judgment, they can do so simply by showing that the other side has insufficient evidence to create a ruling in its favor.