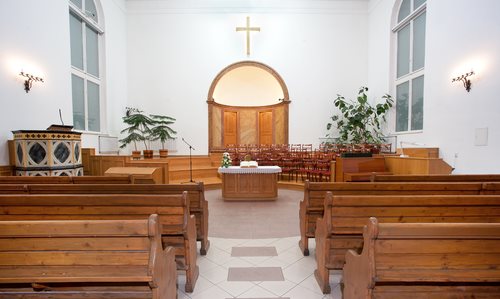 What is the Westboro Baptist Church?

The West Baptist Church is not affiliated with any formal Baptist conventions or associations. The Church justifies their hateful rhetoric and actions by claiming they are devout followers of Calvinist and Primitive Baptist principles. Although these statements are routinely offered by the leaders of the Westboro Baptist Church, mainstream Primitive Baptists reject the hateful actions undertaken by Phelps and his organization.

On March 10, 2006 the West Baptist Church picketed the funeral of a fallen Marine. The family of Lance Corporal Matthew Snyder sued the WBC for defamation, invasion of privacy and the intentional delivery of emotional distress.

On October 31, 2007, Fred Phelps and his two daughters were found liable for invasion of privacy and for the intentional infliction of emotional distress. A federal jury awarded the Snyder family $2.9 million in compensatory damages, then later added $6 million in punitive damges for invasion of privacy and an additional $2 million for causing emotional distress. The organization, although forced to pay these fines, claimed that it would not change its stance towards the homosexual community as a result of the verdict.

On September 24, 2009 a federal appeals court ruled in favor of the Westboro Baptist Church and effectively reversed the lower court’s awards. The appeals court stated that the picket line was protected by the 1st amendment because it involved “matters of public concern, including the issues of homosexuals in the military, the sex-abuse scandal within the Catholic Church and the political and moral conduct of the united States and its citizens.” On march 30, 2010, the appeals court ordered the Snyder family to pay the church’s court costs. This ruling sparked a nationwide protest; over 3,000 Americans, including many media figures, offered to donate to the Snyder family and pay the fines associated with the WBC’s court costs.