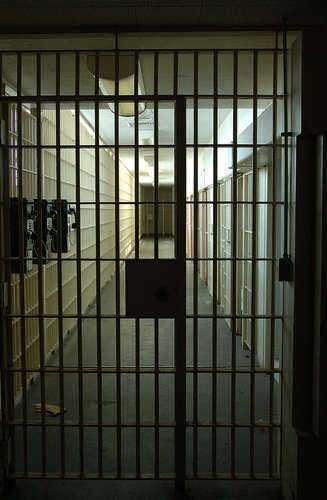 In the United States, every criminal defendant has a right to an attorney to help defend them against the charges they've been accused of.  However, determining precisely when that right begins can be tricky, and has been the subject of several different Supreme Court cases.  In United States v. Gouveia, the court looked at the cases of several convicted murderers who had been inmates in a federal penitentiary at the time of the murder's commission.  The court's ruling in this case determined when convicted felons already in prison must receive an attorney to defend them when they have been accused of committing another crime behind bars.

The six defendants in United States v. Gouveia were all accused of murder of fellow prison inmates at a prison in California (four were accused of one murder, and two were accused of a later murder).  After the murders had been committed, each of the men was placed by guards in administrative detention for several months.  Administrative detention units, or ADUs, required prisoners to have individual cells and kept those in administrative custody away from the other parts of the prison population.  While they maintained some of their rights (including exercise periods, phone calls, and access to legal materials that could be relevant to their cases), they were not permitted to be part of other prison programs.

After over 19 months had passed, they were finally formally accused of the criminal charges against them and indicted.  The defendants were all convicted of the murders they had been accused of committing while in prison, and were sentenced to life in prison.

The prisoners filed an appeal, saying that they had been denied their right to a speedy trial and to legal counsel, in violation of the Fifth and Sixth Amendments to the United States Constitution.  Their case would go all the way to the Supreme Court as United States v. Gouveia.

The inmates' lack of counsel for 19 months was seen by the Ninth Circuit as unconstitutional, and the government appealed the case to the Supreme Court.

The Supreme Court reversed the appeals court ruling in United States v. Gouveia.  Their decision was made because according to established case law, accused people are only entitled to legal counsel at the point where some kind of adversarial proceedings are beginning to take place.  Until there is some kind of adversarial system being used—for instance, if the prisoners had been interrogated during their time in the administrative detention units—the prisoners did not have a right to legal counsel.

An Easy Guide to Case Law